Long renowned for its lopsided conferences, the NBA decided to pass on a once-in-a-lifetime opportunity to bring Eastern and Western teams together in a fun, experimental postseason tournament, instead opting for a 22-team continuation of the season that sorely lacks imagination.

Since this format created a snoozefest of a “race” in the East, we’ll look at the playoff odds for the six clubs that will battle in the Orlando bubble for the No. 8 seed in the West before diving into the specifics of the NBA’s regular-season resumption.

Each of the teams shacking up at Disney World will wrap up the regular season with eight games that will serve as a meaningless warm up for the majority of clubs.

San Antonio’s 22-year postseason streak is all but over with LaMarcus Aldridge shelved for the season with a shoulder injury and the Suns are too far back to make up ground.

One year ago today, Zion Williamson and Ja Morant went No. 1 and No. 2 in the NBA draft

They’ve already taken the league by storm as rookies

Ja Morant’s Grizzlies will open play with a 3.5-game lead over the Blazers, Pelicans and Kings, but here’s the catch: if the ninth-seeded team is fewer than four games behind the eighth-seeded team at the conclusion of the “regular season,” the two clubs will participate in a play-in tournament.

While there has been talk that the 22-team format was specifically designed to get Zion Williamson in the bubble, if that was the case you would assume the NBA would have paved a smoother way to the postseason for the Pels.

Thanks to a 3.5-game head start, Memphis could probably go 0-8 and still qualify for the play-in game. Pretty much locked in as the eighth seed, the Grizz would then need to defeat the ninth-seeded team only once to advance to the playoffs while their opponent would have to beat them twice.

Trailblazers star @Dame_Lillard is putting in work at a different type of gym 🏀🥊 pic.twitter.com/kzzFS8roZ7

To qualify for the postseason, New Orleans will have to at least match Memphis’ eight-game results to stay within the four games necessary to force a play-in game while putting together a better record than both Portland and Sacramento.

The Kings shouldn’t be hard to outpace, but the Blazers could be a problem with the always-clutch Damian Lillard and the healthy returns of Jusuf Nurkic and Zach Collins.

The good news for Zion & Co. is they have the easiest schedule among the bubble teams with games against the Magic, Spurs and Kings (two), as well as two contests against the Grizzlies who they went 2-0 against in the regular season. Meanwhile, Portland has no easy outs with matchups against the Rockets, Mavericks, 76ers, Celtics, Lakers and Grizzlies on the docket.

Zion Williamson is ready to go, and that’s good news for the NBA.

New Orleans was only 10-9 with Zion in the lineup this season and they’re definitely looking at an uphill climb to advance to a Round 1 showdown with the Lakers, but the NBA is all about stars and storylines.

If the young superstar can lead the Pelicans into a play-in tournament against Memphis and Ja Morant, the NBA’s bland format would be injected with some much-needed life.

At that point, Zion would still need to get the best of the 2020 Rookie of the Year frontrunner in two straight games to earn a postseason berth. It won’t be easy, but New Orleans at +350 is a fun bet we’re willing to make. 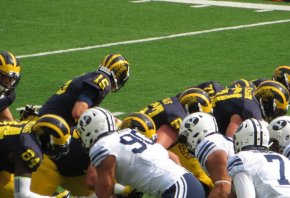