Promoters recently secured a two-fight deal between Anthony Joshua and Tyson Fury. The plan is for both fights to take place in 2021. The first Anthony Joshua vs.Tyson Fury date could happen in June or July and the rematch in November or December. Neither fight has a location.

Joshua, who is 24-1, started his career at 22-0 with 22 knockout wins. His only loss came in 2019 when Andy Ruiz, Jr. knocked him out in the seventh round. Joshua bounced back from that bout with a decision win over Ruiz. His most recent victory is a December 2020 knockout win over Kubrat Pulev.

Fury is 30-0-1. The one blemish on his record is his 2018 split draw with Deontay Wilder. Since that fight, Fury is 3-0. Fury’s most recent win was a February 2020 TKO victory over Wilder. The opening Tyson Fury vs. Joshua odds favor Fury.

It’s funny how time can change things. If the Anthony Joshua vs. Tyson Fury fight had been booked in 2019, Joshua would have been the likely favorite. He was 22-0 with 22 knockouts and Fury was 28-0-1 and coming off a split draw with Deontay Wilder where Wilder knocked Fury to the mat twice. But with Joshua losing to Andy Ruiz Jr. and Fury stopping Wilder in a rematch, the Tyson Fury vs. Anthony Joshua odds favor the “Gypsy King” and I think that’s the right call.

Joshua is a skilled boxer, but Fury is the more skilled of the two. Fury is also going to be the more confident of the pair. I have to think the Ruiz loss could get into Joshua’s head if Fury pulls away or hurts him and that could be an enormous problem for Joshua. As for Fury, even if he gets hurt or dropped, I believe he has the composure to put a moment like that behind him, reset and move forward.

Prediction: Fury at -190 via BetOnline

Fury said he thinks he will score a knockout inside three rounds in this matchup. I don’t see that happening. I think Fury wins the fight, but I believe the contest will go longer. In fact, I think this one will go the distance.

That’s not to say I don’t think either fight can score a knockout. It would be silly to think that way. However, I think Fury will use movement and angles to stay out of the range of the power of Joshua. Fury’s style is the primary reason I think the fight goes to the final bell.

Now, if you believe Fury will use an attacking style and that he’ll be aggressive from the start, well, then a knockout by either fighter is entirely possible. In that case, I think the Joshua vs. Fury betting comes down to who you think can score in close and hurt their opponent. If I was betting for a knockout, I would still take Fury because of his strong chin.

Pick: Fury by decision -180 via BetUS 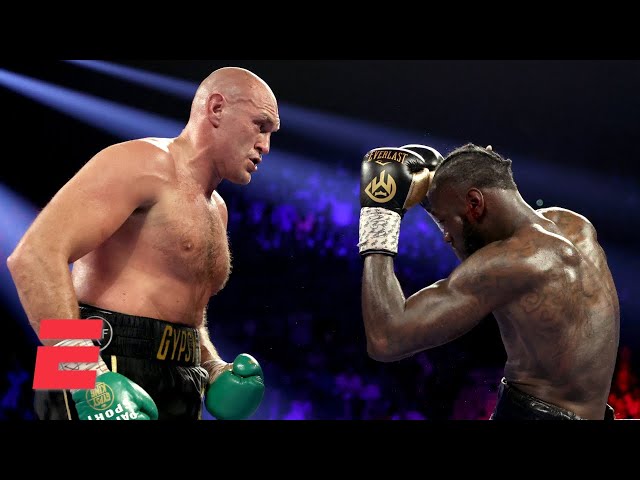 In a skill-for-skill matchup, the edge has to go to Fury. He can throw odd angles at Joshua and that could become frustrating as the bout goes deep. If Joshua gets frustrated, that could open him up to get hit with the power shots or counters of Fury.

Joshua can also get hit hard if he’s not careful, something that Andy Ruiz showed the world in his big upset win.

As for a key indicator in this bout, the Tyson Fury vs. Anthony Joshua stats favor Fury. He is the more active of the two fighters over their past five fights. Fury throws an average of 47 punches per round as compared to Joshua’s 35.

Fury also has the advantage of fighting tougher opponents. That gives him a psychological edge heading into the contest.

The only spot where Joshua might have an advantage is power, but if he can’t find his opponent to hit him flush, that power doesn’t mean that much.

This is the biggest heavyweight boxing match in years and it will bring an enormous crowd to an arena and an even bigger broadcast crowd. Knowing that a rematch is already booked no matter the outcome of the first fight, it’s important that the initial meeting be a competitive scrap. If this one is a blowout, the rematch could be an extraordinary failure.

I expect both fighters to know how high the stakes are in this matchup and put on an exciting fight that will have fans clamoring for a rematch.

Again, the Tyson Fury vs. Anthony Joshua fight dates have yet to be released.