Let’s focus on the boxing and completely ignore the sideshow. Forget Canelo’s failed drug tests that derailed the initial rematch. Forget Adelaide Byrd’s 118-110 scorecard that tainted an otherwise amazing first fight. Let’s focus on the fact that the two best middleweights of their era, Gennady Golovkin and Canelo Alvarez, will meet face-to-face once again on September 15th.

The first fight resulted in a controversial draw, with many media figures believing that Golovkin was robbed of a win. But a draw is a perfectly reasonable result in hindsight. Golovkin was the aggressor and landed significantly more punches, while Canelo landed the cleaner punches and connected with more power shots. A reasonable judge could have scored the fight in either direction.

Hopefully the rematch yields a more clean cut outcome. Golovkin and Canelo tower over the rest of the middleweight division, and the winner on Saturday night will probably find themselves atop the pound-for-pound rankings. Here are the odds currently available at Bovada as of September 12, 2018:

Most viewers felt Gennady Golovkin (38-0-1, 34 KOs) should have been awarded the decision victory over Canelo Alvarez (49-1-2, 34 KOs), and so it makes sense that GGG enters the ring as the betting favorite.

The general consensus is that Canelo started and ended strongly in the first fight, but gave up most if not all of the middle rounds. By the end of the fight, it seemed as though Canelo had figured out Golovkin’s rhythm. He had found a way around Golovkin’s stiff jab and was able to counter with some stunning combinations. 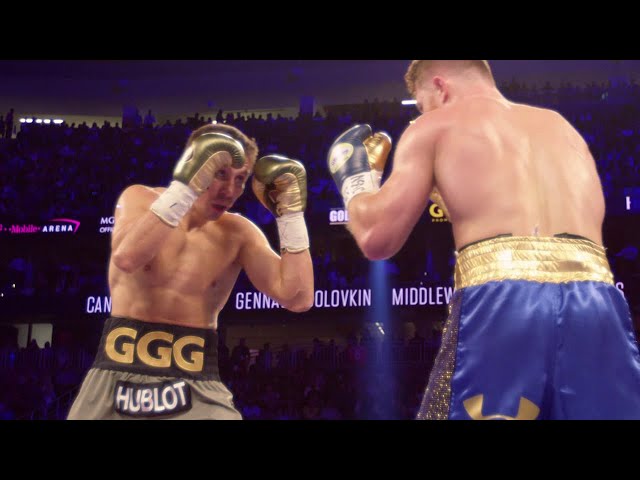 It may have just been a gas tank issue, though. Golovkin turned up the heat in every round while Canelo fought in calculated bursts. It was expected that Canelo would be the fresher fighter by the end of the fight. But it could have also been that Canelo figured out his opponent by the end of the fight, and will start the rematch without requiring a feeling out period.

Rematches often favor the craftier, more adaptable fighter. Golovkin is hardly a mere slugger, but his game plan is very similar in every one of his fights. He marches down his opponents, he opens them up with his jab, and then he puts them away with his power. It’s up to his opponent to figure out how they’ll deal with him.

Canelo needs a good read on his opponent before he can truly get to work. He needs to figure out where the openings are and when they present themselves. With 12 rounds to draw from, he’s already got a lot of information on Golovkin. There’s a lot more room for him to grow and prepare for the second fight.

This is an extremely tough fight to pick, but I’m giving Canelo a very slight edge. There’s good value in him at +125

Canelo Alvarez connected on Golovkin’s chin with some of his hardest shots. There was that uppercut he threw from the basement right onto Golovkin’s throat and the giant looping hook that landed flush on the jaw, just to name a few. Each time Golovkin shrugged and continued marching forward, completely unscathed.

GGG has never been downed in his professional or amateur career. That’s 350 amateur bouts and 39 pro fights without touching the canvas. He’s barely been wobbled. So what chance does Canelo have of stopping the fight?

It may be more likely than you think. Golovkin will not want to allow the fight to go to the judges after what happened in the first fight, which may lead him to take more risks. He landed a total of just eight body punches in the first fight, possibly because he was wary of a vicious uppercut counter by Canelo. He may feel compelled to work the body this weekend and leave his chin vulnerable.

Golovkin’s chin is infamously durable. The man has relied on it throughout his entire professional career, closing down his opponents by walking flat-footed through their punches. That may all catch up to him very soon. He’s 36 years old, which is when fighters start to fade and all the punishment he’s endured through the years may come back to collect.

Settle in for a long fight as this one could go the distance.

Will Canelo vs Golovkin 2 Go the Distance?

I would avoid these props. Picking the over on total rounds is the way to go, but 9+ rounds at -350 will yield a measly return. Same goes for picking the fight to go the distance. You’re better off picking the method of victory.