Gervonta “Tank” Davis puts his WBA (regular) lightweight title — and his perfect 25-0 record — on the line against Isaac “Pitbull” Cruz on Sunday, December 5 from Staples Center in Las Vegas.

The 27-year-old Davis is one of the most heavily hyped boxers in a long while. The protege of Floyd Mayweather Jr, Davis has only gone the distance once in his career. That win, a unanimous decision over Germán Meraz came in October 2014. Since that fight, Davis has finished 16 opponents in a row. Davis is coming off a June TKO win over Mario Barrios. That fight went into the 11th round. Davis was ahead on all three scorecards when he scored the finish.

The 23-year-old Cruz is 22-1-1. He is unbeaten in 18 fights. Cruz has fought twice in 2021. He defeated Jose Matias Romero in March and Francisco Vargas in June. Both of Cruz’s wins this year came via unanimous decision.

Cruz replaces Rolando Romero who was removed from the event after sexual assault allegations arose regarding the 26-year-old.

Davis is the No. 6 ranked fighter at 140 pounds according to The Ring, Cruz checks in at the No. 9 spot at 135 pounds. The December 5 matchup will be contested at 135 pounds.

Check out the odds & predictions for Devin Haney vs. Joseph Diaz and be sure to look at the best boxing betting sites.

One thing that must be made clear about this fight is that Cruz might be a late replacement, but he is a formidable opponent for Davis. Many see the younger fighter as a tougher test for Davis than Romero would have been had that fight not fallen through.

With that being said, formidable might not be enough when it comes to a talent like Davis, who Mike Tyson called, “The greatest fighter around now.”

Cruz is a gritty, some would say dirty, fighter. He will use an aggressive in-your-face style to get close to Davis and accumulate damage to win rounds and suck the energy out of his opponent.

Davis is one of the most powerful boxers working today, but he has faced adversity. In his fight opposite Barrios, Mayweather told his fighter he was behind on the unofficial scorecards at the end of nine rounds. That news helped Davis to find another gear and get the finish.

This fight will be extremely entertaining, and there is no way that Davis is taking Cruz lightly. However, Davis will win this fight and continue on his quest to become a pound-for-pound great.

Pick: Davis to win via knockout

The odds for Davis to win aren’t all that appealing. With that, a bet on the length of the fight might be a wiser decision. While I think Davis will get the knockout, I don’t think that finish will come in the early rounds. His past three fights have all gone into the sixth round or beyond. This fight will follow that pattern. 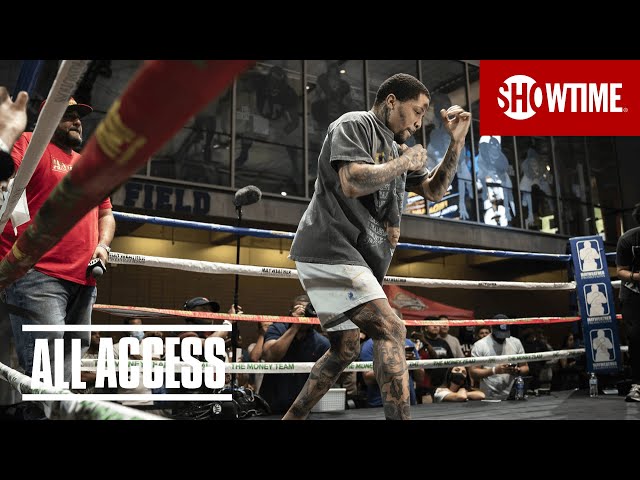 The lightweight division is stacked with big-name, exciting fighters these days. A Davis win could set up a string of high-profile pay-per-view matchups for the Baltimore-born scrapper.