Joe Smith Jr. won the WBO light heavyweight title in April with a majority decision win over Maxim Vlasov. The victory moved the fighter from Long Island, New York to 27-3 on his career. He was set to defend the title in October against Umar Salamov, but Smith was diagnosed with COVID, which caused the fight to be scratched. Visa issues on Salamov’s end prevented the bout from being rescheduled. Instead, Smith’s first title defense comes on January 15 against Callum Johnson. Johnson, who has a record of 20-1, hails from Boston, Lincolnshire, England. He is coming off an October 2021 majority decision win over Server Emurlaev.

Smith is the No. 3 ranked fighter in the light heavyweight division according to The Ring magazine. The Ring does not have Johnson as a ranked fighter. The fight headlines the first Top Rank on ESPN card of 2022.

Before we dig into the Smith vs. Johnson bout, check out the betting sites that have the best sign-up bonuses and be sure to look at the best boxing betting sites.

This fight pits one man who is coming into the prime of his career in the 32-year-old Smith against another who is winding down his career with Johnson, who is 36.

Smith is the more experienced fighter against solid competition and that will help him against Johnson, who, before fighting twice in 2021, had only one fight between November 2018 and September 2021.

The champion relied on power early in his career, but a unanimous decision loss to WBA champion Dmitry Bivol in 2019 taught him that there is more to boxing than just power. Since that setback, Smith has grown in his skills and he has been better for that change in style. One thing that Smith had in that fight and that has stayed with him is toughness and durability. That will come into play against Johnson.

Johnson knows this fight is his last chance to win a world title, and that makes him unpredictable and dangerous. I expect Johnson to try to draw Smith into a brawl as his best chance to win this fight is via a knockout. Johnson will have problems getting through the reach of his opponent, as Smith has a three-inch advantage in that department.

If Smith takes this fight seriously and sees it as a route to bigger fights in the future, he should win this contest.

If Smith wins, the plan seems to be to book him against Daniel Jacobs. Jacobs is a 37-3 former IBF middleweight champion. Other options would be to book Smith in title unification bouts against Artur Beterbiev and Dmitry Bivol. Eventually, Smith would like to face Saul “Canelo’ Alvarez. 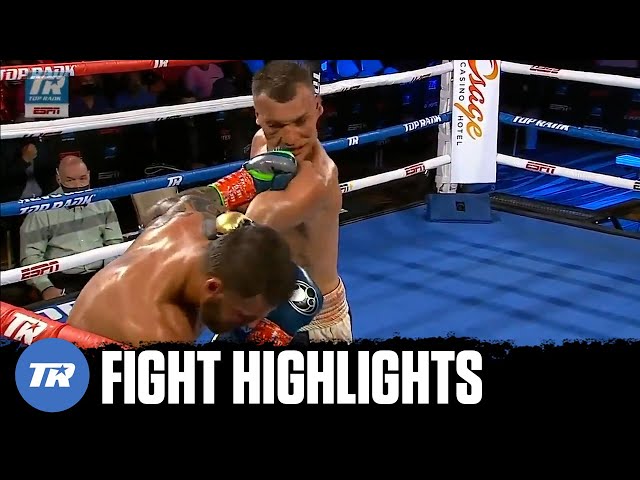