Floyd “Money” Mayweather has once again inserted himself into the news cycle by claiming he will be applying for an MMA license and that he would be interested in purchasing English Premier League club Newcastle United. The randomness continued when Mayweather also mentioned that he might be able to coax Cristiano Ronaldo to finish his career off at Newcastle.

Any one of those tidbits would be deserving of thorough analysis from our crack team of oddsmakers. But all three at the same time? Our pageviews say “thank you,” Mr. Mayweather. Let’s try to make sense of it all by setting the odds on Mayweather getting involved in two different sports that aren’t boxing.

Odds on Mayweather vs. McGregor in the UFC 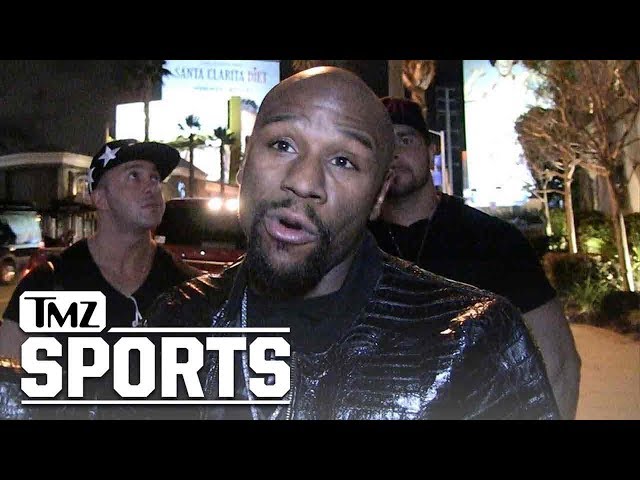 Mayweather competing in the Octagon in a potential rematch with Conor McGregor has been rumored since last year. Should they be taken seriously? The undefeated boxing champ has had a lot of time on his hands during his quasi-retirement, and evidently idle minds are the devil’s plaything. Could the 41-year-old be serious about competing in a sport he has no experience in?

Mayweather has stated that he could be ready to compete as mixed martial artist within six to eight months and apparently has brought on UFC welterweight champion Tyron Woodley to teach him all the intricacies of the ground game. The idea of Mayweather jumping into the Octagon to face an elite MMA fighter is crazy, but not much crazier than an MMA fighter jumping into the ring to face an elite boxer. In all likelihood, it will come down to “Money’s” pricetag.

For the second time, the top sportsbooks have placed odds on a potential MMA fight between McGregor and Mayweather. Bovada has “Notorious” as a -900 favorite, with Mayweather at +550. While we wait and see if fight fans will get the second coming of this fight spectacle, we provide more realistic odds on some of the finer details.

Odds Mayweather ever competes in a sanctioned MMA fight: 1/2

Odds Mayweather announces he will fight McGregor in MMA: 5/4

Odd to win a Mayweather vs. McGregor MMA fight

Odds on a training injury to Mayweather before the fight: 11/9
Over/Under total purse for potential MMA fight: $450 million

If Mayweather actually does lace’em up and meet McGregor in the Octagon, the outcome is all but certain. McGregor will dominate the MMA neophyte. That would tie their series at one win apiece, and obviously necessitate a tie-breaking event.

But what sport would it be in?! Boxing and MMA seem like the obvious choices, but would either of those be fair?

Odds on the Next Athlete to Crossover to UFC

With all of this talk about Floyd Mayweather crossing over to cage fighting, what are the odds that we see other combat-sports athletes transition to an MMA career?

It’s clear Floyd Mayweather Jr. has no problems spending money but his latest comments about purchasing the Newcastle Magpies and signing Cristiano Ronaldo seems right out of left midfield especially since he has gone toe-to-toe with the IRS and has had financial issues in the past. What’s interesting is that Mayweather’s interest in purchasing Newcastle is based on how much he loves partying there.

Mayweather isn’t the first person interested in a Newcastle takeover bid, but was he just talking out of his ar*e?

Odds Ronaldo plays for Newcastle if Mayweather purchases the team: 19/1

Newcastle’s odds to win the EPL title with Ronaldo: 19/1

Odds Mayweather is involved in the purchase an American major league sports franchise: 14/1

Odds Mayweather is involved in the purchase of the following major league franchises
Find the best online betting sites Here!