A third meeting between heavyweight boxers Tyson Fury and Deontay Wilder was initially booked to take place on July 24 at T-Mobile Arena in Las Vegas, NV, but that fight was postponed after Fury tested positive for COVID-19 in July. The rescheduled scrap takes place on October 9. T-Mobile Arena hosts the highly-anticipated scrap.

Fury had an agreement to face Anthony Joshua for the undisputed heavyweight title on August 14 in Saudi Arabia, however that bout fell apart after Wilder won an arbitration ruling that Fury had to face him before September. This contest serves as a rematch to the seventh-round TKO loss Wilder suffered to Fury in February 2020. The first meeting between these two took place in 2018. That scrap, which went the 12-round distance, ended in a split draw.

Fury defends The Ring and WBC heavyweight titles in this matchup.

Wilder put Fury on the deck twice during their 2018 matchup and Fury fought back to a draw. In the rematch, Fury didn’t muck about. He dominated that fight and by the time the seventh round ended, Wilder’s corner had seen enough and threw in the towel.

I expect much more of the second fight than the first when Fury and Wilder meet in October. Fury was a much more sound boxer in the second fight and he adjusted his style to give himself the best chance to win in that matchup. I believe Fury just needs to repeat that fight to get the win.

Fury is a skilled boxer, while Wilder has built his career on his power. If Fury can avoid that power, as he did in the second fight, he should be able to wear his opponent down and get his hand raised.

Prediction: Fury at -280 via BetOnline. 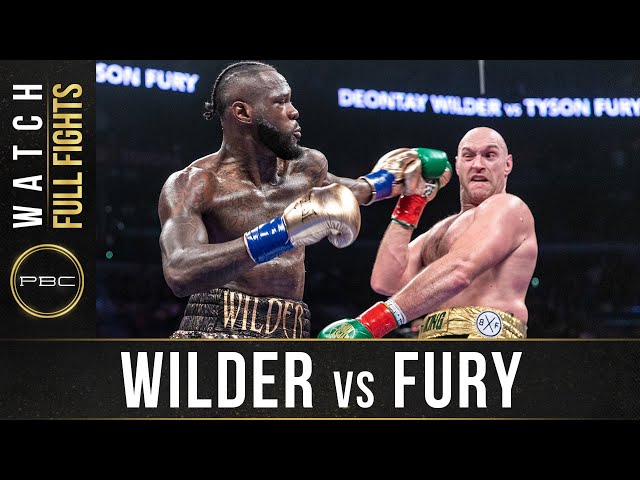 First, the only way I see Wilder winning this fight is via knockout. Of his 42 career wins, 41 have come via knockout. So, if you think Wilder will do what he didn’t accomplish in the first two meetings, bet on him for the knockout. I’m not going to do that.

I expect Fury to do what he did in the second fight — close the distance, fight in close, take away Wilder’s power and make him tired. Once Wilder starts to fade, I think Fury will put him away.

The first time these two men met. Bovada had Wilder as a -160 favorite on fight day over Fury, who was the +130 underdog. That fight. which took place at Staples Center ended in a majority draw. In the rematch, once again favored Wilder on fight night, but the odds were closer. Wilder was a -125 favorite over Fury, who was the +105 underdog. That scrap, which took place in February 2020, saw Fury win by TKO in the seventh stanza.

Fury has the edge in all the skills needed to win this fight but one and that one is power. Wilder needs one opening to end this fight, but that opening needs to come early while he still has all his power. Once fatigue sets in for Wilder, he is going to struggle to find enough power to turn out Fury’s lights.

TALE OF THE TAPE: FURY vs. WILDER

For Fury, the biggest heavyweight match in years could be on the line and that is the bout opposite Anthony Joshua. That contest is a question mark if Fury wins. If he loses, the door on that bout slams shut.

Simply put, a win here would be a huge upset victory for Wilder, especially with how the second fight between these two played out.

See below the top sportsbooks where you can bet online.