Who is Jake Paul? What makes him so controversial? His unique career path and aptitude for risky stunts have made him the subject of countless controversies. He seems to be something of a lightning rod for those who hate him, as well as for those who come to his defense.

Are we simply shocked by a Youtube personality turning into a professional boxer? Is there a level of jealousy motivating the bad feelings towards this man who can seemingly do it all? Let’s dig into the myths surrounding this man, some of his controversies, and ask just how seriously we should take him as a boxer.

Jake Paul as a Celebrity

While Jake Paul is increasingly getting attention as a boxer, it has been a long road that brought him to the ring. We are somewhat accustomed to having boxers with unusual personal lives, but Paul is a whole new breed, based on possibilities that have only opened up in the 21st century.

Jake Paul got his start on YouTube and Vine. Vine was a social media platform very similar to TikTok today. Users could upload and share short, six-second videos on loop.

He really rose to fame with the Jake Paul YouTube channel, which he launched on May 15, 2014. He quickly became known for controversial postings, such as age-inappropriate pranks, and rap music.

This quickly became the Paul brand. Doing pranks and making people gasp as he does stunts that are scary, inappropriate, or both. This would be a recurring theme throughout this career, which has contributed to the rumors that he is boxing more for attention than for the love of the sport.

While we will not go into all of his controversies in detail, here are some of the biggest stories that have plagued Paul:

Given his personal brand as a prankster, he was hired by the Disney Channel to play a role on the show Bizaardvark. In this show, he was the object of dare requests that he would then carry out. It was, in many ways, a continuation of the Jake Paul we knew from YouTube and Vine.

During the filming of the second season, it was announced that Paul would be leaving the series. This came on the heels of a news report where his neighbors complained about the noise and fire coming from his home. The noise was a mix of his pranks and the masses of fans that would congregate around his home in hopes of spotting their favorite celebrity. 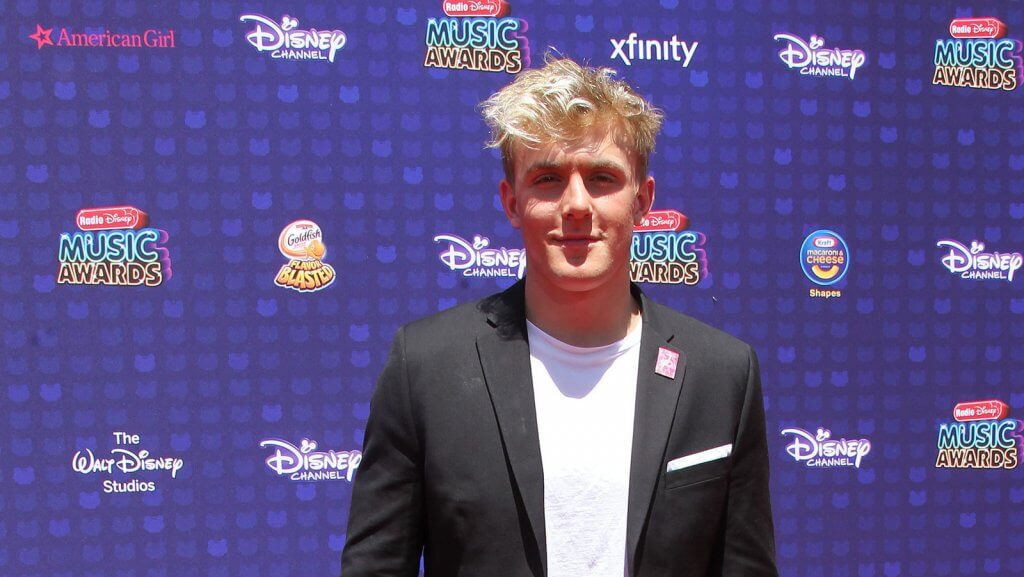 Paul seems to have a love for the spotlight. Pauls’ relationships with his girlfriends fit in well with what you would expect from this type of personality. They are often on and off with breakups splashing onto the headlines, only to be followed a few weeks or months later by photos of the couple reunited and happy as can be.

Just over the last few years, Paul’s girlfriends have included quite a few people. It is a bit too much to keep track of his current relationship status as it seems to change faster than the media’s turnaround time. Here’s a list of Paul’s girlfriends just since 2016:

If you want a detailed view of how Paul feels about his relationship, you can check out his single “I’m Single,” which details his break-up with Erika Costell.

With so much attention-seeking behavior, we can not really be sure what is going on with Paul’s jump into the boxing ring. Our first reaction is to assume it is another stunt, another way to grab the spotlight and make a joke out of something.

We all expected him to get clobbered. He has gone up against serious fighters, such as Ben Askren, who went undefeated for a decade. When we saw that Jake Paul from YouTube and Disney was going to start a professional boxing career, we all prepared to wince and squirm as he was tossed about.

What a surprise to see how well he has done! Jake Paul’s boxing record is quite impressive, even if it is rather short. So far, he has fought in three professional boxing matches and won all of them.

Not only has he been victorious, but he has also won them fast and always by KO or TKO. While it is still too early to know for sure how far his boxing career will go, so far, we could not have expected so much from Paul.

In fact, if you compare his first fights to those of legend Mike Tyson, you can see that Paul is well on track to being a truly impressive boxer himself. It seems impossible to repeat Tyson’s incredible career, but Paul is certainly on his way to leaving his mark.

Is It Just for the Money?

Jake Paul’s net worth has grown even more since his boxing career started. However, he has a number of ventures that have driven plenty of funds into his coffers.

His music career has brought him moderate success as well. He seems to be transitioning more and more to music as time goes by. It all fits in very well with his brand as a YouTube personality.

Jake Paul’s current net worth is estimated at $17 million. Not bad for someone who got their start on social media platforms!

Given his success, Jake Paul has obviously put in time and effort into training and taking boxing seriously. We may have to accept that Paul is serious about boxing, and boxing should be serious about Paul.