Alvarez is on a 13-fight unbeaten streak since the sole loss on his record, a 2013 majority decision defeat to Floyd Mayweather, Jr. During that stretch Alvarez has gone 12-0-1 with six knockouts, six decisions, and a split draw. The draw came in a 2017 matchup opposite Gennady Golovkin. Alvarez defeated Golovkin in a 2018 rematch by majority decision.

Yildirim opened his career on a 16-0 run. That undefeated record ended in 2017 when Chris Eubanks, Jr. knocked out Yildirim in the third round. Yildirim bounced back from that loss with five straight wins. That streak ended in his most recent outing when he lost a technical decision to Anthony Dirrell in 2019. That fight ended in the 10th round after an accidental clash of heads.

The odds tell you a lot about this fight. Alvarez has never been a bigger favorite and Yildirim has never been a bigger underdog. Boxing pundits see this fight as a stay-busy type of contest for Alvarez. It’s also a way for him to hold on to the WBC belt while negotiations take place behind the scenes for a title unification contest with WBO super-middleweight champion Billy Joe Saunders, who is unbeaten at 30-0 and coming off a December 2020 unanimous decision title defense win over Martin Murray.

If Yildirim defeats Alvarez, it will be one of the biggest upsets in modern boxing history. Timothy Bradley Jr. said of this matchup, “If Canelo does not knock this guy out, he cannot possibly be considered the best pound-for-pound fighter in the world.” That’s how big the gap in talent is between these two men.

Prediction: Alvarez at -5690 at SportsBetting

This is a tough one. Alvarez has a winning probability of over 98 percent according to the odds, while Yildirim’s probability of victory is under seven percent. With that, you must risk $4,000 to win $100 on an Alvarez victory.

The more interesting value in this fight might be the prop bets. Some value could be found in betting Alvarez by knockout in the early rounds, think between the first and third stanzas.

Pick: Alvarez by knockout -4000 at BetOnline

Canelo Alvarez TO WIN BY KNOCKOUT

Unless Yildirim has made some enormous improvements and adjustments in his game plan, this fight will be all Alvarez. Yildirim is not a technical fighter. He moves straight ahead and does not employ a lot of head movement.

I don’t think Alvarez is taking this bout lightly because he’s too smart to do that, but he accepted the contest with about a month of preparation time. There is nowhere that Yildirim has the edge over Alvarez.

Alvarez is taking a calculated risk in this contest. The only thing he has to gain by facing Yildirim — other than a payday — is the retention of his title. If Yildirim should defy the odds and score the victory, Alvarez will lose his titles as well as his standing as one of the best pound-for-pound fighters in boxing. An Alvarez loss will be an unmitigated disaster. 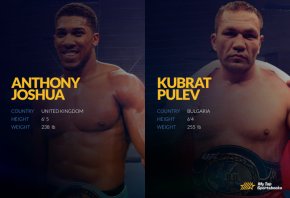