Manny Pacquiao has joined the ever-growing list of boxers jockeying for a super-fight against Conor McGregor. UFC boss Dana White claims the Mayweather/McGregor spectacle drew a whopping 6.7 million pay-per-view buys, which, if true, would blow the PPV record out of the water.

A week earlier, Oscar De La Hoya, who derided the Mayweather/McGregor fiasco, also threw his name into the mix. The Boxing Hall of Famer declared his willingness to step back into the ring almost a decade after retiring, telling Golden Boy Radio: “I’m faster than ever and stronger than ever. I know I can take out Conor McGregor in two rounds. I’ll come back for that fight.”

Then there’s Paulie Malignaggi, who is still fuming about the McGregor camp leaking footage of him getting knocked down during a sparring session. To this day, months after the incident, he’s regularly tweeting about it and engaging with online trolls (a.k.a. McGregor fans). He would like nothing more than to face McGregor and redeem himself.

Oscar De La Hoya (39-6, 30 KOs) claims that he is “faster than ever and stronger than ever.” But take one look at the 44-year-old boxer-turned-promoter and you’ll see immediately that that’s a lie. Since retiring, he’s struggled with substance abuse issues and has packed on a few pounds. His last fight, against the surging Manny Pacquiao in 2008, saw him thoroughly outdone by a far smaller opponent. During the sunset years of his his fighting career, he also suffered losses to greats like Mayweather, Shane Mosley, and Bernard Hopkins.

Now, nine years after retiring against Pacquiao on the stool and then retiring from the sport itself, he’s entertaining the idea of “one last fight.” With an Olympic Gold medal to his name and ten world titles in six weight classes, the “Golden Boy” has the knowledge and experience to run rings around the “Notorious.” But he’s just too old. He hasn’t taken care of himself post-retirement and he’s found a very comfortable life as a boxing promoter.

De La Hoya claims he would KO McGregor within two rounds, and that’s really the only way he could win. If the fight drags on, McGregor’s youth, speed, and power will take over. Given how competitive McGregor looked in the early rounds against Mayweather, the Irishman is the play in this potential fight. Even though it’s not booked yet, and may never be, you can already bet on it at Bovada (which is one of the reasons Bovada is among our top-five sportsbooks).

It’s telling that the McGregor camp refuses to release a full, or even unedited, version of the sparring tape between Conor and Paulie Malignaggi (36-8, 7 KOs). Malignaggi claims that he was made to spar directly after he had gotten off a flight and still dominated McGregor over 12 rounds. Though we’ll probably never know for sure since Team McGregor only released a clip spanning a couple of seconds, showing Malignaggi eating a stiff uppercut and then getting knocked down.

Malignaggi hasn’t been able to move past the humiliation. He responds to Twitter trolls on almost a daily basis and continues to insist on his side of the story. The former two-time champion, who recently turned 36, has been calling out McGregor ever since, partially for a career-high payday and partially to put the issue to rest.

It’s been just under a year since Malignaggi retired and he seems to still be training pretty regularly. He’s hardly a knockout artist, stopping just seven fights in 36 career wins. Rather, he relies on his speed and stamina. Given that McGregor is known to fade in the later rounds, this would be an unfavorable match-up for the MMA star.

After losing his welterweight title to the little-known Jeff Horn in an extremely controversial (read: incorrect) decision, many called on the 38-year-old Manny Pacquiao (59-7-2, 38 KOs) to hang up the gloves. Even his longtime trainer, Freddie Roach, recommended that the eight-division champ retire. But the former pound-for-pound king doesn’t seem ready to leave just yet.

Pacquiao is a shell of his former self. His power is gone, his speed is fading, and he hasn’t stopped an opponent since 2009. He is, however, still an active fighter. That’s more than can be said about either De La Hoya and Malignaggi.

The remainder of his fighting career will be tough to watch, but even as a diminished fighter with a full-time schedule as a Filipino senator, Pacquiao should be able to polish off McGregor with relative ease. 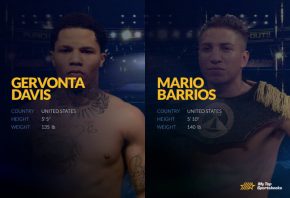 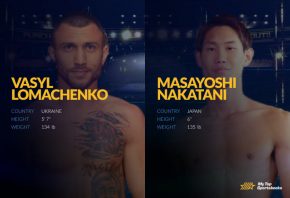