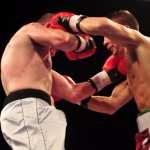 Bob Arum and Top Rank are putting on a show this Saturday (April 22nd) in Carson, California, with three titles on the line in just one night. But take a closer look and you’ll find that the champs, who all boast unbeaten records, aren’t putting too much at risk.

Each of the three challengers face extremely long odds and it shouldn’t surprise anyone if the night ends without a title switching hands. But we love an upset, don’t we?

Let’s see if any of the challengers are worth picking.

Valdez made easy work of Matias Rueda last summer to claim Vasyl Lomachenko’s vacated featherweight title. He’s since made one title defense against Hiroshige Osawa, who he also put away quite easily.

It’s been a pretty easy ride for Valdez as champion and he makes his second title defense against the little-known Miguel Marriaga.

Marriaga lost the biggest fight of his career against Nicholas Walters in June of 2015, but he’s been extremely active since. Following the loss, Marriaga won his next five bouts and sealed a shot at the title.

Valdez may be a gifted fighter with an unbeaten record, but his resume has a ton of padding. Marriaga is hungry and looks like a new fighter following his five recent wins. At +1000, I think he’s worth a pick.

Ramirez had initially planned to defend his title against Matt Korobov on the Pacquiao-Horn card, which would have been a much tougher fight, but after the card fell through he’s been matched up with Bursak.

Bursak may have 33 wins to his name, but he’s lost pretty much every significant fight he’s been handed. There’s not much to gain from picking Ramirez, but it’s hard to see him losing to a fighter like Bursak.

Jessie Magdaleno (24-0) entered the biggest fight of his career against Nonito Donaire, and emerged as the new WBO Junior featherweight champion. He faces Adeilson Dos Santos (18-2) in his first title defense.

Bob Arum is preparing 25-year-old Magdaleno for a bright future, and he’s picked a pretty safe opponent in Dos Santos, who has only twice fought outside his home country of Brazil. Dos Santos recently lost to Kid Galahad, the only opponent he’s had with any name-recognition.

I think we can trust Arum’s judgement on this one and side with his rising star.