The 5th and final Test of the series between England and India starts this Friday. And with the visitors 2-1 up, they will be doing their best to avoid defeat and seal a historic victory over England.

India on the verge of making history

India is within touching distance of back-to-back series wins away from home against established Test-playing nations.

Virat Kohli’s team has already won a series in Australia at the start of 2021. To follow that up with a win over England in England would be another massive achievement.

It would also confirm their status as the best Test team in world cricket.

The 5th Test also represents a massive opportunity for Virat Kohli to win a major Test series overseas, and in the process, cement his place in history as one of India’s greatest ever captains.

Although Kohli started the tour of Australia, he left with his team 1-0 down after the 1st Test. Ajinkya Rahane stepped in to lead India for the remainder of the series, and under his leadership, India turned the series around and won it 2-1.

Whether India would have won the series with Kohli still in charge is a question often asked. So for Kohli to put the record straight, he must avoid any slip-ups in the 5th Test match to confirm his legacy and place in history.

As for England and their Test captain Joe Root, they need a morale-boosting win.

After this Test concludes, the England red ball team are next in action in December, when they travel to Australia for the Ashes.

Anything other than a win in Manchester will leave Joe Root’s side heading to Australia on the back of a bad series defeat. And given England’s recent performances Down Under, most probably looking down the barrel of two huge series losses.

It will also be a damning indictment on Joe Root’s tenure as captain.

In the cricket betting odds, bookmakers can’t split the two teams for the final match. Top sportsbooks are offering both sides at +200. The draw is +188.

So far in this series, there have been four matches. India has won two, England one, with the other a draw. So the series stands at 2-1 to India with just one left to play.

Let’s take a look back at the four-Test matches so far.

The 1st Test match was the draw. In this fixture, India had the better of the play, and without intervention from the good old English weather, Kohli’s team probably would have completed the victory.

Needing just 209 runs to win, India was 52/1 when rain ended the match early.

In the 2nd Test, India got the job done. With the game in the balance going into Day 5, the visitors put on vital late order runs to bat England out of the match.

With just over two sessions of batting required to save the game and get a draw, England crumbled to 120 all out in just over 50 Overs. 1-0 to India.

Moving onto the 3rd Test at Headingley, India won the toss and decided to bat first. They then got bowled out for just 78 runs.

No side tends to win after such a dismal showing, and England went on to win the Test match by an innings and 76 runs. Series score 1-1.

England win by an innings and 76 runs to make it 1-1 with two Tests to go 👏 https://t.co/idZEjQdsDk | #ENGvIND pic.twitter.com/p1O05DbU3G

Onto the 4th Test, and this time England won the toss and elected to bowl first. The hosts had their visitors in big trouble again, with India at one stage on just 127/7.

Somehow India managed to fight back, not once but twice in the match. And after an inspired spell of bowling from Jasprit Bumrah on Day 5, India bundled England out for just 210 to go 2-1 up in the series.

India win the fourth Test and take a 2-1 lead in the series.

Despite top sportsbooks having the two sides at the same odds, it’s hard to make a case for England to win this Test match. Although the same could easily have been said at the start of the 3rd Test match. And England won that by an innings!

Joe Root’s side did have their chances in the 4th Test, but ultimately, as has been the case all too often in this series, England simply weren’t good enough to take them.

On the flip side, as soon as England left the door slightly ajar, India burst through it!

India has had the better of England in three of the four matches so far, and it’s hard to see that changing.

Another problem the English team will have is with their bowling.

Veteran bowler Jimmy Anderson looked every day of his 39 years in the Indian 2nd innings. And with 47 Overs to his name in the match, will his legs have recovered in time for the finale?

I can see the visitors again being too strong for England in this match, and at +200 with BetUS, another win for India in the 5th Test is my first betting pick.

In this match, I’m also expecting India’s captain Virat Kohli to rise to the occasion.

The skipper hasn’t had his best tour to date. But with history on the horizon, there is no better man to get the job done than the captain.

He managed 50 and 44 in the 4th Test and looked as determined as ever to make big runs.

Cometh the hour, cometh the man, and I expect Kolhi to score some big runs in this match, and lead his team to victory.

So I’m going for Virat Kohli to be the highest Indian run-scorer for my second betting pick.

5th Ashes Test: Another Australia win is the only viable pick! 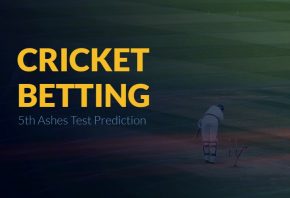 5th Ashes Test: Another Australia win is the only viable pick! 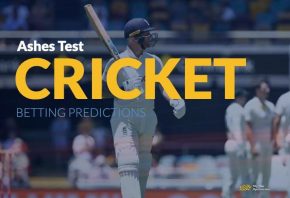 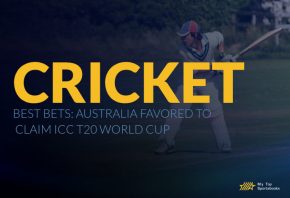 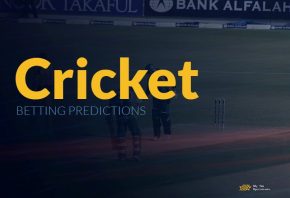