With all the razmataz surrounding white-ball cricket competitions like the Indian Premier League (IPL), Big Bash, and newly formed The Hundred, we can almost forget that Test match cricket still exists.

The Hundred is currently in full flow across England and Wales, grabbing all the headlines with its daily activities. But don’t be fooled, as there is a series starting in England this week, and it’s a series set to steal the headlines right back from The Hundred.

Yes, Test cricket is still in existence, and starting this week we see Joe Root’s England side take on Virat Kohli’s India team across a five-match series.

24 hours until the first ball is bowled! 👀

What are your series predictions?

With five fixtures across the next six weeks, it promises to be an exciting series full of plenty of in-play betting opportunities. Check out our live betting page for more details.

Build Up To The Series

England was rocked last week by the news that talisman Ben Stokes will miss the whole Test series to focus on his mental health and wellbeing.

It appears that spending time in bio-secure bubbles over the past 12 months has taken its toll on the all-rounder. Stokes also lost his father due to illness a few months ago.

Jofra Archer is another man not likely to feature at all in the India series. The paceman has been recovering from his elbow injury over the past few months. And with the T20 World Cup and Ashes on the horizon, he’s unlikely to be risked at any stage across these five Test matches.

For India, they have lost Shubman Gill from the tour due to injury. Apart from that, they should have no problem fielding a strong starting XI.

Check out our Cricket Betting page for more picks on top events like the Cricket World Cup.

Both these sides come into the five-match series on the back of defeats to New Zealand. But they were both under differing circumstances.

England lost their Test series 1-0 to the Kiwis in late May, early June. The first match ended in a draw, with the second in an embarrassing defeat for the English.

Joe Root’s team did leave out their star names from the two-Test series, picking a somewhat experimental side.

But in the decisive Test match, the Kiwis also made wholesale changes. They left out numerous first-choice players in preparation for the upcoming World Test Championship Final against India.

Before the New Zealand series, England got thumped 3-1 away in India earlier this year.

The series took place in totally different conditions to what we will see in England over the next few weeks.

Virat Kohli will be determined to win in England and will want to lead by example, Kolhi looks a great pick to be top Indian runscorer

In their most recent Test match, India lost to New Zealand in the World Test Championship Final. The final was a one-off fixture played in England.

Before that, India hammered England in home conditions, totally bamboozling the English batsmen with top-class bowling in spinning conditions.

In-home conditions, victory over England wasn’t a shock. It’s what India did before that which made the cricketing world sit up and take notice.

Against all odds, India beat Australia 2-1 in a best of four series in Australia.

In three of the four-Test matches, they were without their inspirational captain, Virat Kohli. The skipper left the tour after the 1st Test match to attend the birth of his child.

In the Test match, India lost (the 1st Test), they got bowled out for just 36 runs in their 2nd innings.

So picture the scene. India is touring Australia, one of the most difficult places in world cricket to win a test series. They have just been humiliated, getting bowled out for 36.

Their skipper, and probably the best chance of turning the series around has gone home, and they have additional injuries to key players.

At this stage, the series has 4-0 written all over it.

What happened next was simply amazing. Instead of getting trampled all over by the Aussies, India – now led by Ajinkya Rahane – win the 2nd Test match.

They then draw the 3rd Test match in Sydney, taking the series to a decider in Brisbane.

Then in one of the most amazing matches in recent history, an injury-ravaged India beat Australia on the final day to win the series 2-1.

And it’s this fighting spirit and team togetherness that makes a victory over England all the more possible.

Going into the series, Top Sportsbooks make England favorites, but I think India is not likely to have a better chance to beat England in their own backyard.

After winning in Australia, Kohli’s team won’t fear anyone. And better still, they come up against an England side on the ropes.

Joe Root’s leadership is still questionable. He has now lost his right-hand man in Ben Stokes, and at the top of the batting order, England has no end of problems.

On the flip side, it’s well known that India does struggle against the seaming ball in England. The English also can’t be totally dismissed with home advantage, but they represent little value at -150.

Do not be put off taking a bet on a drawn series. At +550 it represents great value.

If you are feeling confident in India winning, do remember they have these flaws in England. They also have selection issues, such as with Ashwin and Jadeja (their two top-quality spinners). Which one do they choose? And will they play both as they – wrongly – did against New Zealand?

These are issues that could trip India up, but on the whole, they shouldn’t be fearing England and will be kicking themselves if they fail to win this series.

This could be Kohli’s last chance to captain a team to a series win in England, and he won’t want to let that chance pass him.

Place these bets and more at top online sportsbooks. 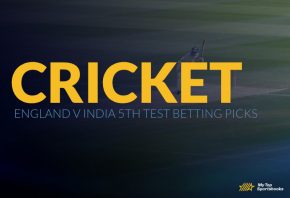 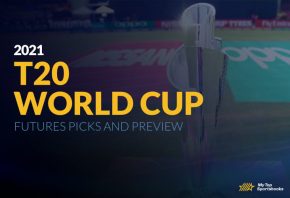 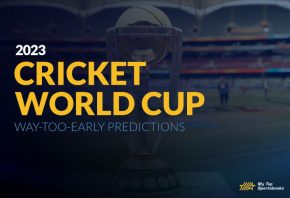