There are still almost five months remaining in 2021, but the early odds are out on who will be named the 2021 Time Person of the Year. First awarded in 1927 by the editors of the news magazine “Time” to the person or persons deemed to have been most newsworthy over the course of the year, the award has been bestowed on a wide array of public figures, business figures, political leaders, and groups. Past winners have ranged from Adolf Hitler to Pope John Paul II, as well as more anonymous group such as “American women” and “Good Samaritans”. Last year ended with newly elected US President Joe Biden sharing the award with Vice President Kamala Harris. However, this time around, oddsmakers have given a clear early edge to “Doctors, Nurses, First Responders, and Healthcare Workers”.

MyTopSportsbooks takes a look at all the favorites and the best bets as the countdown continues towards the announcement of who will be this year’s Time Person of the Year. Sports bettors getting in on Entertainment betting action for the first time should refer to our guide for tips on how to hone their betting strategies.

With world still in the grips of the ongoing pandemic, it comes as little surprise that the frontrunners on the odds to be named Time Person of the Year are “Doctors, Nurses, First Responders, and Healthcare Workers”, who sport short +175 odds at Bovada. With hospitals being pushed to the breaking point by the COVID-19 pandemic, and unrest becoming increasingly commonplace on the streets of American cities, nurses and first responders have faced a massive challenge in their efforts to respond to the needs of the public.

2020: nurses are heroes! bang your pots and pans for them every night!

2021: hospitals are spending $32,000 a day on police to keep out underpaid and overworked nurses who are on strikehttps://t.co/9ZOcSWbGDw

But while “Doctors, Nurses, First Responders, and Healthcare Workers” would seem to be an obvious choice, they remain far from a lock. Hailed as “heroes” at press conferences by disingenuous politicians who have remained largely unaccountable, nurses, first responders, and healthcare workers are typically paid well below their worth for the job that they do. In addition, attrition rates among their ranks have soared since the start of 2020, raising the question as to just how big a priority these crucial workers are to both politicians and the news media.

2017: The Silence Breakers (Me Too Movement)

2018: The Guardians (Journalists who faced persecution, arrest or murder for their reporting)

With dire warnings that a “fourth wave” is imminent, these workers are likely to remain under gun, while receiving little credit from those they serve. And considering how the editors of Time have tended in recent years to honor high-profile politicians and groups with glamorous names like “The Silence Breakers” in 2017, and “The Guardians” in 2018, better value is found further down the odds.

The World Health Organization (WHO) sits second on the odds at Bovada as a +400 bet, just ahead of Biden and Harris, who join the director of the U.S. National Institute of Allergy and Infectious Diseases, each at +700.

China was so happy with the “findings” last time around that it now wants the same experts to carry out a new WHO investigation in Wuhan. Something that apparently would also “ensure professionalism” and show “respect for China’s sovereignty”. https://t.co/VqBTxLQsJd

The WHO offers intriguing value considering the key role they have played in the global management of the COVID-19 pandemic. However, the organization has faced considerable criticism for their conduct during the early days of the novel coronavirus outbreak.

🇺🇸 Kamala Harris has become the most unpopular US vice president six months into an administration since at least the 1970s, according to polls https://t.co/wRrdfSh0SL

Harris and Biden have remained constantly in the media spotlight in 2021, but not necessarily for the best of reasons. The duo have come under fire for the handling of several key files, including the pandemic and immigration, and have started to see their position as favorites to win the 2024 US presidential election begin to erode. Questions about Fauci’s credibility and his past association with the Chinese labs suspected to be the source of the novel coronavirus have steadily impacted his popularity among Americans.

Musk on the Rise as Johnson Slides

Among other notables are Elon Musk, who is pegged as a +2500 bet and UK Prime Minister Boris Johnson, who lags at +4000. The continued success of his companies, Tesla and SpaceX, and his ongoing commitment to developing electric vehicles for the mass market, promoting mainstream adoption of cryptocurrency, and making his vision of human colonization of Mars a reality make Musk the clear frontrunner among captains of industry.

“Musk has alleviated concerns about the impact of mining on the environment.” pic.twitter.com/E4qOsDNmxU

Indeed, Musk’s profile has reached a height where he now sits as the betting favorite to be the first human abducted by extraterrestrials in the event of an alien invasion.

Heralded as the hero of Brexit following his landslide election victory in 2019, Johnson has seen his popularity take a massive hit as a result of his questionable policy decisions during the COVID-19 pandemic. And instead of being a likely candidate to be named Time Person of the Year, Johnson has emerged as the favorite to be the next politician slapped by an unhappy citizen.

Xi JinpingOdds to be Named Time Person of the Year

That opens the door for a stunning upset victory by a longshot at the sportsbooks. Sporting distant +8000 odds, Xi Jinping offers massive betting value to win the award.

The president of the People’s Republic of China has managed to weather the political and economic storm associated with COVID-19 while increasing his country’s influence on the international stage. And while his policies for controlling the spread have clearly failed the ethics test, media reports (such as they are) have provided a clear indicator of their success.

An overlooked summit shows the scale of the Chinese Communist Party’s ambitions.https://t.co/33eu3Wd4uG

The Chinese economy has also made a massive comeback in 2021, growing by a stunning 7.9% in the second quarter, further hastening the country’s ascension to superpower status. A victory by a Chinese leader is also without precedent. Xi’s predecessor Deng Xioping won this award on two occasions, as did Chinese nationalist leader Chiang Kai-shek, who took home the award in 1937. 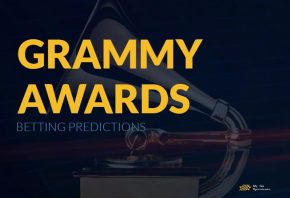 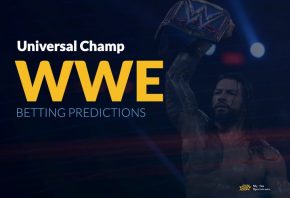 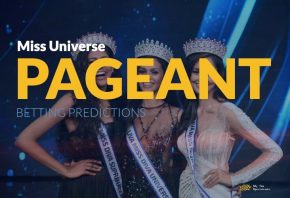 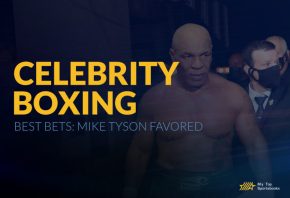