The next race on the F1 betting calendar is the Dutch Grand Prix, which has all sorts of storylines going into it. Here’s everything you need to know before race day, plus our very own F1 Dutch Grand Prix betting pick at the very end!

As of this writing, betting odds for the Dutch GP are unavailable. That’s likely due to the fallout of the rained-out Belgian GP (more on this shortly). But make no mistake about it, Verstappen will likely be the betting favorite. Though born in Belgium, the 23-year-old identifies as Dutch and will feel right at home at the Circuit Zandvoort in Holland.

This past weekend, bettors and race fans alike awaited the return of Formula 1 from its four-week holiday break. Then they waited some more… and now they’re still waiting. Technically speaking, the Belgian GP did happen on Sunday, but it lasted all of two laps before being called off.

Still, the race does count, including the final results. Verstappen “won” the shortest ever Grand Prix, just ahead of runner-up George Russell and third-place Lewis Hamilton. Because less than 75 percent of laps were run, points earned are cut in half. So for his rain-soaked efforts, Verstappen claimed 12.5 points, while Hamilton earned 7.5. Now in the driver standings, Hamilton holds a slim three-point lead over Verstappen.

Things should be back to normal come Sunday’s Dutch GP. It’s the first F1 race in the country since 1985. Before that, it was a once-a-year stop for almost 40 years. The event was canceled a year ago due to the pandemic, but it’s moving full steam ahead this season — unless unexpected rain ruins the party again.

But as we mentioned, expect a roaring “hometown” welcome for the Belgian-Dutch Verstappen. We saw the home-track advantage for Hamilton at the British GP — not only in 2021, but historically — which bodes well for Verstappen as he tries to catch his rival in the final standings.

The rain-out at the Belgian GP makes this next betting pick harder than it already is. That’s because we didn’t get to see a complete race from the field and witness how teams and drivers alike rebounded from the long holiday break. Namely, we were interested in seeing the new-look Verstappen, given he’s now on engine number-three on the season after back-to-back wrecks.

Regardless, we’re riding Verstappen to win — as we’ve consistently done all year long. Maybe we sound like a broken record saying he’s been the runaway best driver in 2021 if not for two unfortunate (maybe purposeful?) accidents, but it’s the fact of the matter. His fully-repaired car remains the fastest on the circuit by a mile, too.

We really do think a roaring home crowd will fuel Verstappen even more. The Netherlands government recently approved a two-third fan capacity come race day, which equals about 70,000 spectators. Spectators that’ll surely be rocking with Verstappen from start to finish. The “hometown” driver is not only the obvious bet here, it’s the smart one, too.

ESPN has exclusive full coverage of the Dutch GP for those within the United States. Here’s the broadcasting schedule for the entire weekend (all times are EST):

We know the super-early start times aren’t ideal for Americans, especially if you’re on the West Coast, but you’ll be able to find solace knowing that F1 is heading to the western world soon. On October 24, they’ll compete at the United States GP in Austin, Texas (followed by Mexico and Brazil).

If you’ve read this far, you’re completely “in the know” about the Dutch Grand Prix. Now only one thing remains: drop a bet on the race (once betting odds are released, of course). The best place to do just that is through an online betting site, in particular, the ones listed underneath.

These bookmakers are among the best for a multitude of reasons. For one, you’ll find a bevy of F1 betting odds at the sites. Two, the odds will be offered at prices that would rival a Las Vegas casino. Three, and this might be the biggest perk, they offer huge promo bonuses to new and returning players.

The sign-up bonus is the most lucrative by far. If you’re a first-time player of the site, you could earn hundreds to thousands of dollars in free play off the bat by leveraging these deals. Current sign-up offers available are in the table below. Pay close attention to that dollar figure next to the “play now” button cause that represents the max bonus you could earn right now!

When we say right now, we mean it. Bonus can be earned in a few short minutes. All it takes is for you to create a playing account at a top sportsbook and fund it with money. That’s it! Two steps to earn free money to gamble with. Not a bad deal, huh? 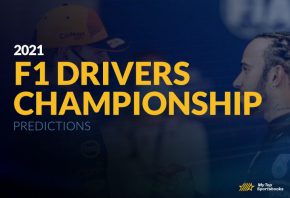 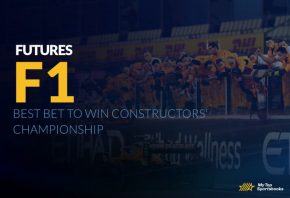