Yesterday, we gave you the odds for the upcoming NASCAR season. Today, we take you across the pond for a look at open-wheel racing.

The 2016 Formula 1 season came to a nail-biting finish, with Mercedes teammates Nico Rosberg and Lewis Hamilton fighting it out until the very last Grand Prix at Abu Dhabi. Hamilton had won the last two seasons and up until this year, Rosberg had played second fiddle to his teammate.

Rosberg was coming into Abu Dhabi in first place while Hamilton sat close behind in second. The fierce rivalry came to a head when Hamilton disobeyed a direct order from his pit crew, potentially throwing Rosberg to the wolves to claim his third consecutive title.

But Rosberg held on to clinch the victory, with Hamilton coming in second. And Team Mercedes won their third consecutive World Constructors’ Championship by a comfortable margin. With the two top drivers in the sport, Mercedes were set for a couple more seasons as the heavy favorite.

Then the unexpected happened. Only a couple of days after winning his first title, Rosberg abruptly announced his retirement from the sport. This has sent the Mercedes team into disarray as they scramble to find another driver to replace him for the 2017 season.

Red Bull Racing, who had trounced the competition with Sebastian Vettel and Mark Webber from 2010 to 2013, are now back in with a chance to reclaim the Constructors’ Cup. The two drivers dominated the sport in a similar style to Rosberg and Hamilton before Webber announced his retirement in 2013.

Currently, Red Bull have a strong team in Daniel Ricciardo, Daniil Kvyat, and Max Verstappen. But they came in a distant second in 2016. In 2017, they will focus their attention on Ricciardo and Verstappen, and if Mercedes are unable to find a strong replacement for Rosberg, the title could well be theirs.

Ferrari are also looking good for 2017, with four-time champion Sebastian Vettel and 2007 champion Kimi Räikkönen as their drivers. Vettel and Räikkönen finished the 2016 season in third and fourth respectively after Rosberg and Hamilton.

If Mercedes are able to poach a top driver in time for the season, then they will be the clear favorite once again. If not, we should expect Red Bull or Ferrari to clinch it. 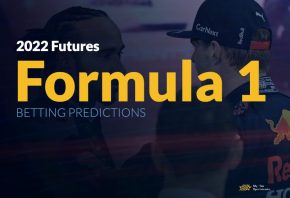