F1’s not about the racing, it’s about the drama. Here’s a breakdown of the narrative arcs that are going to be propelling us through the 2018 season and the early odds on the inevitable headlines.

The F1 silly season is a game of musical chairs. There are only so many spots, so when one of them gets filled, the rest become more and more valuable. The whole process is defined by a small cadre of elite drivers; when they sign with Mercedes and Ferrari, it will, in a roundabout way, decide who’s top gun at Force India and Williams.

For a long time, Fernando Alonso was one of those drivers. His move to McLaren in 2007 was at least some part of Kimi Raikkonen’s move to Ferrari, which opened up a slot for Lewis Hamilton, and the rest is racing history.

These days, Alonso’s star has fallen. Ferrari don“’t want him. Mercedes are very happy with their driver lineup. McLaren-Honda want desperately to keep him, but haven’t managed to produce a car that can finish races consistently, never mind win championships. Entering another racing series would be fun, but there isn’t another motorsport in the world that can pay him the $40 million a year McLaren is shelling out.

The most likely scenario? He’ll stay at McLaren, keep developing the car in a positive direction, keep cashing improbable paychecks, and keep wondering “what if?”

The Halo is maybe the biggest controversy in Formula 1 technology since turbochargers. It’s designed to protect drivers from rollovers and errant wheels, but it’s attracted a lot of criticism from drivers and fans alike. It’s ugly, some fans say. It limits visibility, a handful of drivers say. It makes getting out of the car too difficult, at least one driver complains.

It’s probably here to stay. Controversies are the fuel F1 runs on, with most fans tuning in on Sunday for a 90-minute argument with a handful of overtakes thrown in. The new owners aren’t quite as stubborn as Bernie Ecclestone (Ferrari), but once they’ve decided on something, particularly something safety related, that’s usually the end of it. Until they think of something better, which they will.

Speaking of what-if drivers, Kimi Raikkonen’s contract with Ferrari is coming to a close. He’s been driving extremely well, occasionally better than Ferrari #1 Sebastian Vettel, and doesn’t believe that his results are reflective of his speed. That’s probably true; team orders to allow your teammate past aren’t great for your results sheet, and somebody’s been helping the Ferrari develop into the best car on the grid. It can’t only be Vettel.

Ferrari are eager to keep Kimi, but at a reasonable price. They don’t want to pay World Champion money, and have extended Kimi a one-year contract offer somewhere in the high seven-figures. For a guy that was earning eight figures to not drive a few years ago, that has to be something of a blow.

Raikkonen’s old enough, accomplished enough, and wealthy enough to leave the sport if he doesn’t find a seat worth driving in. He’ll happily wheel a rally car for the rest of his life if he has to. Look for him to stay at Ferrari, or leave the sport altogether.

All the talk about Lewis Hamilton leaving Mercedes for Ferrari (or McLaren, for that matter) is pure speculation. He’s denied the rumours on more than one occasion, he’s the reigning World Champion, and he reportedly loves his car and team. If he were to move, it would probably be before the new power units get introduced in 2020, mirroring the move to Mercedes that paid off so well for him. As it stands, Mercedes have an engine advantage over the competition, an advantage they’ll maintain for at least the next few years. Improving a power unit in Formula 1 is really hard, just ask Honda.

You meet the nicest people on a Honda

The beleaguered McLaren-Honda partnership appears to be improving, at least somewhat. After a disastrous start to the 2017 season that saw Fernando Alonso retire early from most races, and the Monaco Grand Prix before it even started, the Japanese bartending-robot manufacturer has finally delivered a boost in reliability and performance to the Woking luggage factory. Fernando Alonso, maybe the most talented racing driver in the world, finished sixth at the Hungarian Grand Prix! More than a minute behind the leaders! For eight whole points!

The engine partnership is a huge deal for McLaren, and while they’re obviously not happy with the performance they’ve seen this year, they’re very happy with a nine-figure “partnership” that pays a huge chunk of their annual budget. Any positive change gives McLaren leadership an excuse to maintain the hugely profitable deal. 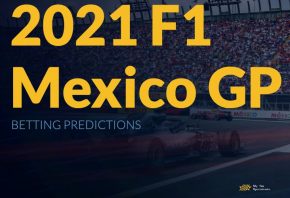 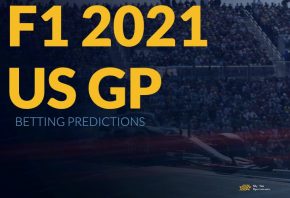 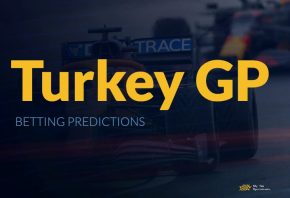 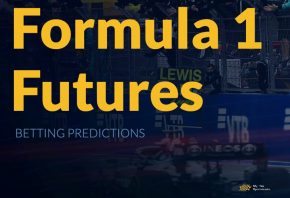