Given the German team’s recent run of dominance in the sport and new pandemic regulations that required significant carryover of car parts from last year to this season, it’s not surprising that oddmakers believe that Mercedes (-500) will once again be way ahead of the pack.

Let’s check the opening odds for the 2021 F1 Constructors Championship and discuss whether any team can mount a challenge to Mercedes.

Need to get up to speed? More Formula 1 betting resources can be found here.

No one was even close to Mercedes (-500) in 2020. Seven-time world champion Lewis Hamilton finished first in 11 of 16 race appearances and his teammate Valtteri Bottas won twice and placed second six times. So, what hope is there for other teams in 2021?

One new rule change is the introduction of a cost cap, which aims to bring competitive balance by limiting how much teams can spend during the season. In addition to having a much smaller budget this year, Mercedes will also have to deal with new rule changes around the car’s aerodynamics that “will take away around a second of lap time from the car,” according to Mercedes’ technical chief James Allison.

🗣️”The work we’ve had to do has been very wide-reaching.”

Mercedes #F1 technical director James Allison has cautioned against 2021 just being a repeat of last season.@nauckas explores the pitfalls the team needs to avoid to continue its dominancehttps://t.co/gUsjg6PRsT

Can Red Bull close the gap?

If Mercedes is side-swiped by the season’s new rules, oddsmakers believe Red Bull (+350) is best positioned to supplant them atop the podium after 23-year-old Max Verstappen placed top-two in eight of the 12 races he finished in 2020. Red Bull also brought in Sergio Perez to partner with Verstappen following his release from Racing Point. Placing fourth in the 2020 Driver Standings, the Mexican driver is known as a points-scoring specialist.

With 16 Constructors’ titles and 15 Driver titles, Ferrari (+1200) is by far the most successful F1 team in history, but a sixth-place finish in the Constructors’ Championship in 2020 was their worst performance in 40 years.

Nine down, one to go, as @redbullracing announce the day we’ll get to see their 2021 car for the first time 👀#F1https://t.co/Qs60o2fsem

Now without a Constructors’ win since 2008, Ferrari is fielding its youngest line-up since 1968 with 26-year-old Spaniard Carlos Sainz and 23-year-old Charles Leclerc in the cockpit.

The rest of the team’s on the board can be safely ignored despite offering long odds and high payouts. Zak Brown, Chief Executive Officer for McLaren (+10000), probably summed it up best with this recent dose of realism:

“Challenging for the championship would be unrealistic given the journey that we are on. I think all we can hope for, and are striving for, is to close the gap to Mercedes, who we anticipate to be the fastest team again in ’21.” 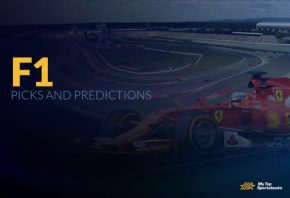 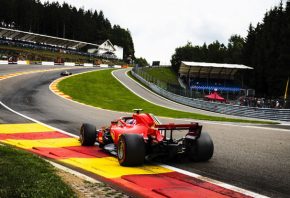