Golf’s return to the Olympics was supposed to provide fans with an international competition featuring the best players in the game battling for national pride and a coveted prize. I guess the IOC forgot that the Ryder Cup staked a claim as golf’s premier international event almost 90 years prior; and as an added bonus, the host nation doesn’t have diseased mosquitoes or poo-water.

This year’s biennial clash between the United States and Europe takes place at the Hazeltine National Golf Club in Chaska, Minnesota (Sept. 30 – Oct. 2). The host Americans will be hoping that some home cooking is on order, as Europe has won three straight titles and eight of the last ten, overall.

When you look at the potential names on Team USA, there’s certainly reason for optimism. World no. 2, Dustin Johnson and no. 3 Jordan Spieth are a lock to headline a team that should feature a strong mix of youth and experience. The United States will send 12 golfers altogether, eight based on points and four hand-picked by captain by Davis Love III.

Team Europe will be similarly strong at the top, led by Rory McIlroy, Henrik Stenson, and reigning Masters champion Danny Willett. The question will be, is this team deep enough to survive Sunday’s critical match-play? Europe will send nine golfers based on points, giving captain Darren Clarke just three choices for the final squad.

While the Ryder is still a few months away, the points race to qualify for the tournament ends August 28th. So there’s still some time for movement for those final few guaranteed spots, but those American players that are going to Rio for a non-tour event, and skipping the John Deere Classic, could be sacrificing valuable points in what’s shaping up to be a very tight race. For the likes of Rickie Fowler and Patrick Reed, the Olympics could be the difference between a guaranteed spot and leaving their fate in Love’s hands.

As for the European team, this week’s PGA Championship will be the last gasp for those trying to grab their final few guaranteed spots. Can Lee Westwood or Thorbjorn Olesen make the leap? Let’s examine all the odds for who will earn themselves a spot in the Ryder Cup this fall.

Odds to win the Ryder Cup: 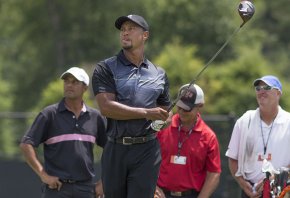 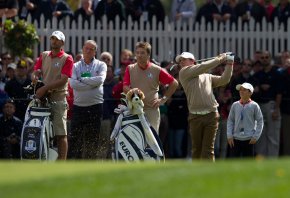 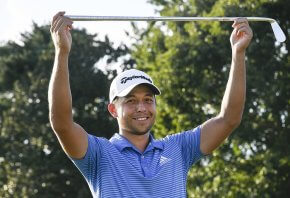 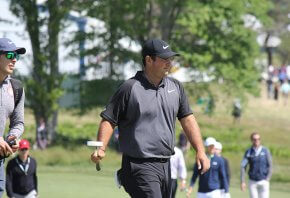