After MotoGP touches down in Assen, Netherlands, on July 1, all eyes will turn to Germany’s Sachsenring for the ninth race of the year on July 15.

At the moment, Marc Marquez (Honda) leads the riders’ standings by a wide margin, currently holding a 27-point edge over second place heading into the Dutch TT. Regardless of what happens in Assen, Marquez will be favored to expand his lead in Germany. The four-time MotoGP champ has won five straight German Grands Prix, just one short of the record held by Giacomo Agostini, who won six in a row from 1967-72.

As a manufacturer, Honda has an even longer streak going, winning the last eight when you add in Dani Pedrosa’s streak from 2010-12.

While Marquez is clearly still at the pinnacle of the sport, Honda’s dominance at the start of the 2018 season has started to ebb. After winning four of the first five races, Marquez and his Honda have been eclipsed by Jorge Lorenzo (Ducati) in the last two.

At the Catalan GP, Lorenzo not only won the race, but also earned pole position and recorded the fastest lap. That was the second straight race that Ducati both took first place and had the fastest lap, ending Honda’s four-race win/fastest lap streak, which stretched from Argentina to France.

Lorenzo has moved up to seventh in the standings, even though he didn’t finish better than sixth in any of the first five races of the year, and all signs are pointing to Ducati having the fastest machine when the circuit lands in Germany.

But Marquez is an indomitable racer who has proven, time and again, that he doesn’t need the best bike to win a race. And the hyper-consistent rider will have a little extra incentive to beat Lorenzo, as the Italian announced that he’s moving to Marquez’ Repsol Honda team next season. This is an opportunity for Marquez to quell any notions about who the #1 rider will be.

Obviously, this race will come down to more than just two riders. But it’s hard to back Yamaha’s trio of Valentino Rossi, Maverick Vinales, and Johann Zarco, even though they sit 2-3-4 in the riders’ standings. Yamaha has yet to win a race this season or post the fastest lap, despite winning three poles. There’s just not much to indicate they’ll have the best machine or the best rider come mid July.

Lorenzo’s Ducati teammate Andrea Dovizioso could absolutely be in the mix, though. He won the first race of the year and finished second in Italy before crashing out of the Catalan GP. He’s only eighth in the standings thanks to three retirements, but he has the potential to be the fastest on the track on any given day, especially the way the Ducati is performing at the moment.

All of that adds up to Marquez being the favorite, but with the Ducati riders hot on his heels.

Here’s how we see the odds for Germany at this early stage.

The best sportsbooks have not released their odds for Germany yet, but check back after the Dutch TT, and then compare and contrast with the numbers above to find value. 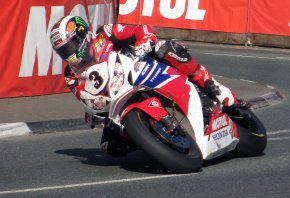