While the major professional sports leagues all managed to avoid COVID-19 catastrophe to this point, the pandemic has thrown a major wrench into the college football season.

After knocking Trevor Lawrence out of action for two weeks, the virus caused the postponement or cancellation of 15 college games on Saturday, including the Alabama and Ohio State contests.

We’ll examine how the schedule mayhem has impacted the Heisman Trophy race after looking at the updated National Championship odds following Week 11.

TOP TEAMS ON THE SIDELINES

Alabama (+200) has now been off two weeks in a row after COVID-19 issues within the LSU program caused this week’s game to be postponed. On the bright side, the Crimson Tide have an easy path to stay undefeated as No. 23 Auburn will be their stiffest competition until a likely SEC championship game with Florida (+800).

Speaking of the Gators, senior quarterback Kyle Trask grabbed pole position in the Heisman race with all the other contenders in the pits (so to speak), throwing six touchdowns in a blowout win over Arkansas. Florida will be big favorites in all four of their remaining regular-season games but they still may need Notre Dame (+700) to slip up down the stretch in order to secure a spot in the CFP Semifinal.

The Fighting Irish followed up their upset of Clemson (+300) with a 45-31 victory over Boston College. Now 8-0 and headed to their bye week, Notre Dame needs to win their final three regular-season contests and play the Tigers tight in the ACC championship game, a probable rematch that will involve a healthy Trevor Lawrence.

After having their game against Maryland called off because of COVID-19 cases in the Terps program, Ohio State (+250) will face the 4-0 Indiana Hoosiers this Saturday in what will be their last game against a ranked team until the Big 10 final. Despite the cancellation, the Buckeyes remain a playoff lock.

Ohio State’s cancelled game will have a greater impact on the Heisman race than the National Championship picture.

Justin Fields was a +150 favorite for the honor just last week after throwing as many touchdowns (11) as incompletions in his first three games, but will now have one less opportunity to pad his stats – which is all the more unfortunate given that the Buckeyes were already schedule to play two fewer games than SEC teams like Alabama and Florida.

While Fields’ odds fell to +275 through no fault of his own, Kyle Trask (+175) shortened his Heisman odds significantly from last week (+550), tossing six touchdowns in the Gators’ 63-35 win against Arkansas. Trask’s 28 TDs are the most in the nation and he has now thrown for at least four scores in every game this season.

Alabama’s Mac Jones (+200) might be the better bet at this point, however, as he still has the opportunity to go undefeated. Leading the third-best offense in the country (47.2 points per game), the redshirt junior has passed for 2,196 yards in six games, with 16 touchdowns and two interceptions.

Jones and Trask will almost certainly face off in a SEC championship game that could very well decide the Heisman race. 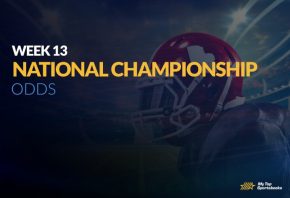 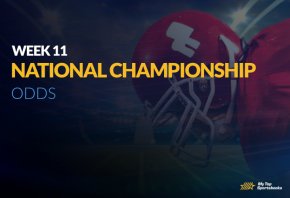 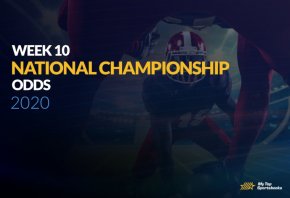