Overcoming years of heartbreak and near-misses, the Lightning defeated the Dallas Stars in six games to win the 2020 Stanley Cup. And while the global pandemic has definitely put a damper on Ovie-like celebrations this offseason, Jon Cooper’s team may have another chance to party with Lord Stanley next summer, according to oddsmakers.

Tampa Bay is a +750 co-favorite — with the Colorado Avalanche — to win back-to-back championships. With a new NHL season set to get underway on January 1, let’s look at the opening Cup odds for every team in the league.

While Tampa Bay (+750) had to place veteran center Tyler Johnson on waivers for cap relief, Colorado (+750) was able to weaponize their cap space, adding left winger Brandon Saad and defenseman Devon Toews via the trade market. However, the Avalanche’s primary competition in the Western Conference, the Vegas Golden Knights (+800), may have got even better with the signing of free-agent blueliner Alex Pietrangelo.

Oddsmakers still view the Bruins (+1200) as an Eastern Conference powerhouse, but Boston lost power-play producer Torey Krug to the Blues in free agency without making any splashy moves of their own.

BREAKING: Alex Pietrangelo has agreed to a seven-year, $61.6-million contract with the @GoldenKnights in #NHLFreeAgency.https://t.co/7yie3Obfn7

Pittsburgh (+1800) and Washington (+2000) also look similarly mispriced given how little was done to supplement the aging core’s of these past champions . Despite having two Hart Trophy winners on their roster in Connor McDavid (2017) and Leon Draisaitl (2020), the Oilers (+2200) are also a bad bet after failing to upgrade their goaltending situation.

Given they’re one of the most-famous hockey franchise on earth, the Maple Leafs (+1600) don’t fit the description of a dark horse, but general manager Kyle Dubas deserves credits for fitting defenseman T.J. Brodie under the cap, as well as adding much-needed veteran depth and toughness in Wayne Simmonds and Joe Thornton.

The Stars (+2000) didn’t do much aside from re-upping playoff hero Anton Khudobin, but with young stars like Miro Heiskanen and Denis Gurianov patrolling the blueline, Dallas is once again among the best bets to win the West. The 2019 Cup champs in St. Louis (+2200) also shouldn’t be dismissed after proactively subbing in Krug for Pietrangelo on the blueline.

With the first pick in the 2020 NHL Draft

the New York Rangers are proud to select

Looking at teams that might be ready to make the leap, the Rangers (+2800) selected blue-chip forward Alexis Lafrenière at No. 1 overall in this year’s NHL Entry Draft, only one season after adding sniper Artemi Panarin in free agency and Finnish winger Kaapo Kakko via the draft. 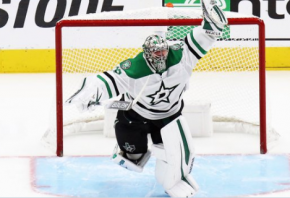 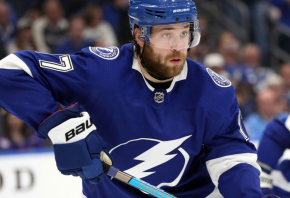 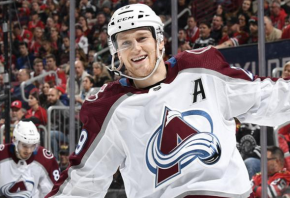 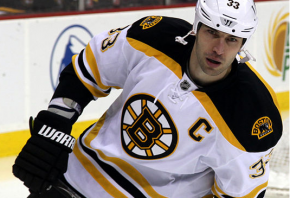