Share article:
If you are looking for a brief summary of what you need to know today to make informed betting choices, you’ve come to the right place!  We’ll make sure you’ve got the most up-to-date map before you embark on your sports-betting voyage.
Here’s what you missed last time. And here are the best online sportsbooks— as adjudged by us — where you can deploy the wisdom I’m about to extol.

On Thursday night, the Cincinnati Bengals became the first team since the 1939 Philadelphia Eagles to open their season with two home games and zero TDs. The last player to score a TD for the Bengals was Rex Burkhead, back before Donald Trump was even in office. (Here’s to simpler times!) If that doesn’t paint an accurate picture of how bad Cincinnati’s offense has been, consider this: the New York Jets (THE NEW YORK JETS) have scored more points in one game … against the Bills … than Cincinnati has scored in two.
Changes were needed after the horrid performance the Bengals offense logged last night — 295 total yards and 14 first downs. But firing offensive coordinator Ken Zampese isn’t going to solve all of their issues. Yes, newly promoted OC Bill Lazor will likely find more ways to get the ball in AJ Green’s hands, and possibly figure out how to get more from rookies Joe Mixon and John Ross, but he can’t solve their offensive line woes.
After letting Kevin Zeitler and Andrew Whitworth walk in free agency, the Bengals were relying on Cedric Ogbuehi to make the move to left tackle, and for the guard situation to sort itself out, I guess. Regardless of what was going through the organization’s collective head, the line has been absolutely awful this season. Andy Dalton has been sacked eight times already, and the running backs are averaging just 3.5 yards per carry. Lazor can use some misdirection and screen-passes to slow opposing pass-rushes down, but the Bengals offense will never be able to fully put it together with such a terrible line.
Betting tip: You can still get the Steelers at -200 to win the AFC North on Bovada. Just take the safe money while it’s still there. The Ravens don’t have the offense to knock off Pittsburgh, and the Browns won’t contend for the division until next season.

2. The Vikings are concerned about Sam Bradford’s knee

After logging the best game of his professional career against the Saints in Week 1 (346 passing yards, three TDs, 143.0 passer rating), Sam Bradford went in for an MRI on his twice surgically-repaired left knee on Tuesday. The good news is the MRI revealed no specific damage. The bad news is that MRIs can be misleading in a knee that has already undergone multiple repairs.

The Vikings are optimistic Bradford will be able to play in Week 2 when they head to Pittsburgh. But keep on top of the situation. If Bradford is unable to play, Case Keenum would have to start under center for Minnesota.

Betting tip: On Sports Interaction, you can currently get the Vikings +7 against the Steelers. If Bradford does play and isn’t too limited by his injury, that’s good value; seven points is too many to lay against such a good Minnesota defense, even for Pittsburgh at home. Even if Bradford is slightly hobbled, the explosiveness of play-makers Dalvin Cook and Stefon Diggs will be able to bail him out.

However, if Case Keenum is forced to start, head over to Bet365 and jump on the Steelers -6. The Viking defense will be too exhausted to hang with Le’Veon Bell and Antonio Brown come the fourth quarter after being forced to play nearly the entire first-half. 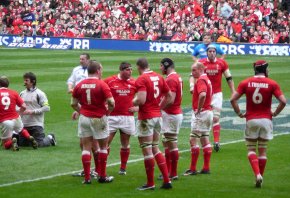