Novak Djokovic won the Wimbledon men’s singles championship, beating Rafael Nadal along the way, after an eighteen-month slump that can only be described as the least successful stretch of his career. After almost two years of interminable weirdness, poor results, and layers of mystery, bettors have to ask: is Novak Djokovic really back?

Is Novak Djokovic Back (On the Odds Sheet)?

The betting public appears to think so. Djokovic is the outright favorite to win the US Open, and is approaching favorite status at next year’s Australian Open.

That’s more or less where Djokovic was before bettors got tired of his antics and started betting overwhelmingly on Rafael Nadal and Roger Federer. His odds at the US Open, as well as his odds at the Australian Open, show that he’s being considered a part of the triumvirate of tennis greats that’s currently winning everything.

Verdict: Djokovic is certainly back on the top of the odds sheet

Is Novak Djokovic Back (Mentally)?

Novak Djokovic fired coach/not-a-guru Pepe Imaz earlier this week, ending a professional relationship that coincided almost exactly with the worst period in Djokovic’s professional career.  He also welcomed longtime coach Marian Vajda back into the fold, who apparently conditioned his employment with Djokovic on Imaz’s ouster. Perhaps unsurprisingly, Djokovic’s play returned to something similar to what we saw when he was previously working with Vajda.

Make no mistake, Novak Djokovic is still a weirdo. There are, however, an infinite number of ways to be a weirdo, and not all of them have an adverse effect on performance. Novak Djokovic’s vegetarianism, which he will reportedly maintain, is a not uncommon personal choice that probably doesn’t hurt his on-court performance. The dramatic weight loss he experienced under Imaz’s nutritional guidance likely does.

Djokovic’s spirituality and spiritual journey doesn’t have an effect on his performance, but his all-engrossing focus on that journey (again under Imaz’s guidance) and perhaps related firing of his longtime coaching staff definitely has.

To summarize: Novak Djokovic is almost certainly still weird. There’s hope, however, that his weirdness is no longer the kind that hurts on-court performance.

Verdict: As back as he can be

Is Novak Djokovic Back (Physically)?

This is probably the hardest question to answer. Djokovic won’t tell us what was wrong with his elbow in the first place, and there’s considerable scuttlebutt that there was nothing wrong, so we can’t ever know if the problem is solved. Djokovic did say that he had a medical intervention some time earlier this year, but it’s not clear what was done.

This is all to say that we can’t possibly know, because we don’t have sufficient information. Anyone who tells you that they know what’s going on with Novak Djokovic’s elbow, up to and including Novak Djokovic himself, is probably full of it.

Is Novak Djokovic Back (on the Court)?

That’s a difficult question to answer, because for Djokovic to return to his previous form might mean returning to the highest level of play ever achieved by a men’s tennis player. “Is Djokovic back?” is thus a bigger question than it would be for other athletes.

The question of “is Djokovic back in winning form” was answered pretty convincingly at Wimbledon, where he recorded an incredible victory against Rafael Nadal in the semi-final, before going on to win the final in straight sets.

I can’t say for certain that this marks a return to form, but I can say that in that match Novak Djokovic got dressed, went out and did a bunch of extremely Novak Djokovic things. He was all over the court, bending and bobbing and weaving while making aggressively-placed, Rafael Nadal-evading shots from otherwise unrecoverable positions. If that’s not the Novak Djokovic of yore, it was a decent impression of him, and enough to beat one of tennis’s all-time greats.

So is Novak Djokovic Back or Not?

I hate to lay down a marker outside of college football season, but here’s my opinion:

Novak Djokovic is back.

To be clear: I’m not saying to bet on Novak at +275 to win the US Open. I’m just saying that if you were waiting for Novak Djokovic to return in some recognizable form to the ATP Tour, you got your wish. 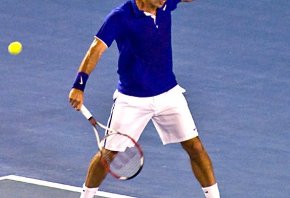 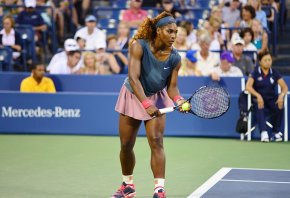 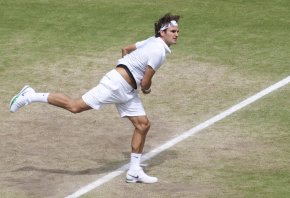 2018 Wimbledon Preview and Odds: Who is Marin Cilic?