The US Team is just a week and a half away from announcing its 2018 Ryder Cup team, who will travel to Paris and play the European team from September 28th to September 30th.

Eight players are a lock for the US team, and the captain’s picks are mostly obvious. Here are the eight US players guaranteed a spot on the team:

Of particular note in that group is Patrick Reed, without whom the Ryder Cup would not be worth watching. 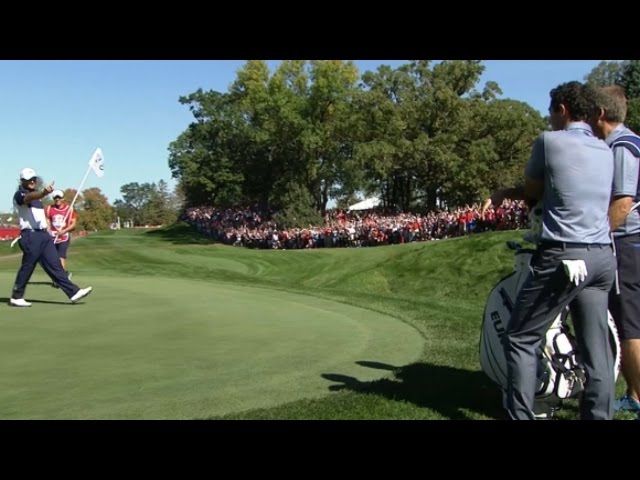 Here are the top four golfers on the the bubble:

Of those four, you have to figure that Tiger Woods and Bryson DeChambeau are almost certain to get captain’s picks. Bryson’s one of the hottest players on tour right now, won at last weekend at the Northern Trust, and Tiger Woods is Tiger Woods. It’s similarly difficult to imagine Phil getting left behind, but it’s certainly not impossible.

That leaves one spot that’s up for grabs. Xander Schauffele is next up on points, but could not be a more under-the-radar player. There’s going to be huge temptation to take someone more exciting or marketable, whether its the beloved Kevin Kisner, the promising Tony Finau, or Kyle Stanley.

As we said, the top three on the bubble are near certainties. That fourth pick, however, is up to Jim Furyk. Xander Schauffele will point to his T2 finish at The Open, a position he shares with Kevin Kisner, and more or less hope Furyk hasn’t watched him play since then.

Tony Finau’s outright second at the Northern Trust will be his biggest selling point, but his performance at the PGA left something to be desired. If the idea of a late captain’s pick is to include someone on a hot streak, then Matt Kuchar shouldn’t make it, as he’s had a lot of disappointing results recently.

With just two events left, it’ll be interesting to see how players in the hunt respond to the pressure. Bryson DeChambeau proved a lot by winning the Northern Trust, and the last spot on the US Ryder cup team could come down to the last round at the BMW Championship.

But who will actually win? That’s hard to say. It’s important to note that the host country has an almost unfair number of advantages, from influencing course maintenance to working on pin sheets. Ask Paul Azinger about how to win a Ryder Cup at home and he will gladly tell you.

The US has some advantages of its own, mostly to due to talent. Six of the top ten players in the world in Strokes Gained are on the US Team, including the top two. The European team is a murderer’s row in its own right, but this US team is stacked. It also could feature three of the top four players from this year’s Dell Technologies Match Play, including the winner.