The 2018 Open Championship take place between July 19th and July 22nd at Carnoustie Golf Links in Scotland. It’s a unique event, and a challenge for PGA Tour players, who aren’t used to playing links courses on a regular basis.

These odds are from Bovada.

The thing that sticks out to you immediately is Jordan Spieth at +1200. Normally I’d have no problem with Spieth being a favorite. I suspect blindly betting on him to win the Masters for each of the next 20 years will prove to be a winning strategy, but the young American has struggled in 2018.

He’s struggled particularly with the putter, traditionally his greatest strength, and those struggles have persisted for most of this year. Not a terribly encouraging trend for bettors, but apparently one that has not moved the market much yet.

[Spieth] has struggled particularly with the putter, traditionally his greatest strength, and those struggles have persisted for most of this year

Dustin Johnson is by most measurements the best player in the world, so it’s no surprise that he’s the favorite at +1000. His struggles putting, though, should concern bettors, and his struggles in the wind on Saturday at Shinnecock Hills don’t say much for his ability to fight through the conditions.

Johnson is also about one more weird disappointment away from all kinds of awkward questions about his ability to Win The Big One. For as long as he’s been the top player in the world, he only has one major championship (the 2016 US Open) and has floundered at a few.

A player who can fight through the wind, however, and perform well in major championships at historic courses not particularly suited for tournament play, is US Open champion Brooks Koepka. Koepka, now listed at a very reasonable +1800, is adept at using his strength to his advantage in windy conditions, and his distance gives him an advantage coming into tricky greens.

Distance gives Koepka the ability to play a shorter approach shot than his opponents, and also use a higher lofted club for that distance than his opponents would. To illustrate, here’s Koepka playing an 8-iron from 205 yards: 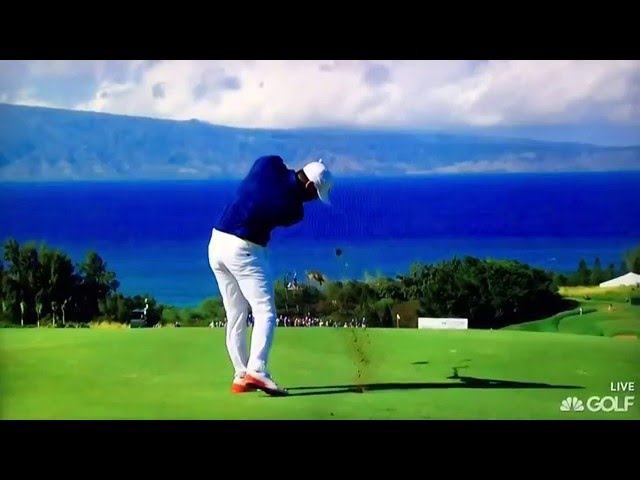 I struggle to see why Rory McIlroy is listed at +1200. He is currently 110th on the PGA Tour in Strokes Gained putting, and has recorded one win since 2016. He has his 2014 win at Royal Liverpool to point to, and strong finishes in 2017 and 2018, but you are paying favorite odds for a player with noted difficulties putting and some inconsistencies everywhere else.

Other players to look for are Tommy Fleetwood at +1800, who’s obviously on something of a hot streak, and the terminally underrated Henrik Stenson at +2500. There are very few (if any) favorites who give you a better Strokes Gained/odds bargain than Stenson, who is currently top ten in the former and almost never top 10 in the latter.