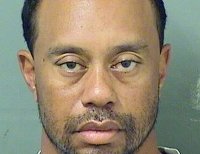 Tiger Woods has probably done the former (if he has friends). He’s definitely done the latter, except he didn’t make it all the way home, ending up at a police station in Palm Beach after being arrested for driving under the influence earlier this week. [CORRECTION: Woods was not intoxicated on alcohol, as the above implies. He was under the influence of prescription drugs, per his statement.]

Woods recently announced that he’d miss the rest of the 2017 season due to back surgery, so you might think he was out drowning his sorrows. But it’s more likely that he was out celebrating. The 41-year-old — who’s only played in two tournaments since 2015 — said on his personal website that his recent operation provided “instant nerve relief” and that he hadn’t “felt this good in years.”

He’s unequivocal about eventually returning to professional golf in search of his 15th career major.

With a long road to recovery ahead of him, and so many sexy waitresses just waiting to distract him from his physio, what are the chances he ever makes it back? And, if he does, will we see a competitive Woods or a sheep in tiger clothing?

In the next 12 months, odds Tiger Woods …

If he comes back at the start of 2018, that gives him about five months to play a few rounds, reaggravate his nagging back ailments, and have another surgery (his fifth). Sad to say it, but that’s the most likely outcome on the board other than a trip to rehab.

If his body does hold up next season, he’ll have one shot at a major in the next 12 months: the 2018 Masters. He loves Augusta, and was going off at 20/1 for this year’s event at some books before pulling out, but this ain’t a feel-good Hollywood movie. This is reality, and beating a field that’s sure to include Rory McIlroy, Dustin Johnson, Jason Day, Jordan Speith, and whoever is lighting up the golf world at the time is going to require Tiger to play at a level we haven’t seen in years.

It’s a lot more likely he finds love again, or the inside of another drunk tank.

Drinking and driving is no laughing matter. It’s a plague on all our houses which has taken far too many lives far too soon. The resulting mug shots, however, are hysterical. And given that drunk drivers are putting so many lives in danger every time they get behind the wheel, I have zero qualms about laughing at their terrible, horrible, no-good, very-bad visages.
Tiger’s, set out below in full splendor, is one of the worst I’ve ever seen. Maybe it’s just the angle, but judging by the girth on his neck, it looks like he’s packed on the pounds. Once upon a time, Tiger revolutionized the role of fitness in golf. Now he might be revolutionizing the role of profiteroles. 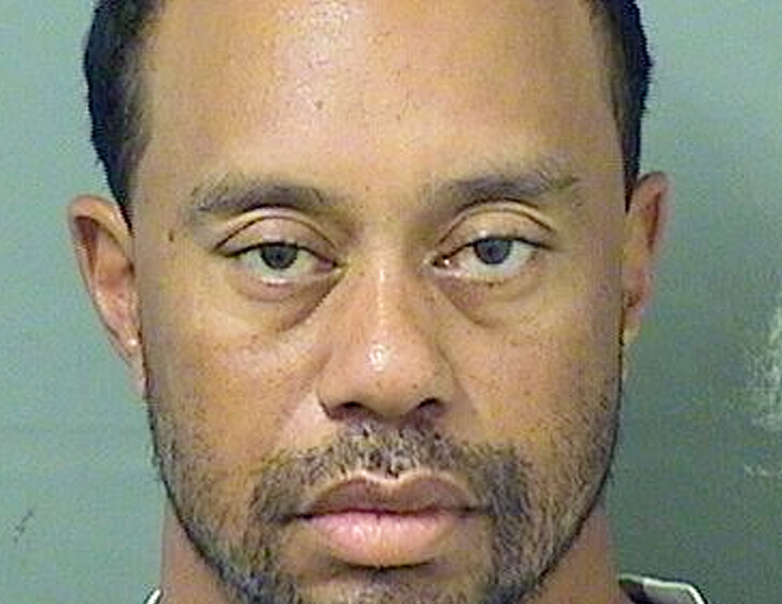 Over/Under on national “Tiger not out of the woods” headlines when he takes a plea deal: 7.5

Over/Under on references to “the challenges of golf” in his next public statement: 2.5

Odds who plays more rounds of golf in the next month

If we’re talking an actual 18 holes, the odds favor Trump. Woods isn’t going to be in any condition to play 18 anytime soon. Reports are that recovery time for his surgery is six months. He’ll have to ease back in from this late-April surgery. Trump’s got a busy schedule, but something tells me he’ll make room for at least a round. He has a history of cramming golf where it doesn’t belong.


Odds on Tiger Woods’ next sponsor

All of these companies make an abundance of sense. But becoming sponsors of Tiger would require Woods to have a sense of humor. He does not.

Odds on which pro sport will have an athlete arrested next

Whenever I want to make the point that that NFL has a serious arrest problem (which isn’t often, because no one ever disagrees) I just point to the fact that the USA Today literally keeps an NFL arrests database. Throw in the fact that it has the most players (1,696) and you have a heavy favorite.

Proportionately, NBA arrests are more common than MLB arrests, but there are way more players in the MLB (750) than the NBA (about 450). By that logic, MMA should be lower. The existence of Jon Jones means logic doesn’t apply.

Tennis is usually pretty tame, but hey, maybe Andy Murray and Novak Djokovic will get bounced early at Roland Garros, drown their sorrows in a nice malbec, and streak center court.

Odds on which professional athlete will be arrested next

It’s not that I don’t believe people can change. But numbers speak for themselvses: Pacman’s been arrested nearly a dozen times, including earlier this year.

Best Bets For The Remainder Of RBC Heritage