If you thought Jason Day winning his first major a few weeks ago meant that the golf season was officially over, guess what dummy? You were wrong! It’s time for the FedEx Cup Playoffs!

The PGA’s version of the postseason is still relatively new and has a long way to go to match the other playoffs in North American sports. While the Stanley Cup Playoffs saw the dynastic Chicago Blackhawks claim another title this year, last year’s FedEx Cup had the peerless Billy Horschel emerge victorious. (Your initial reaction of “huh?” was, in fact, the appropriate response.)

The current system is a bit confusing, but it’s basically one macro-tournament comprised of four regular-sized tournaments; it’s designed to give every one of the 125 qualified players a chance to win the $10 million prize. (No wonder Tiger tried so hard to get his foot in the door!) The field is whittled down after each tournament: from 125 at the Barclays, to 100 at the Deutsche Bank Championship, to 70 at the BMW Championship, until a final 30 hit the Tour Championship.

But the system is a little more confusing than that.

Even though current World No. 1 and all-around awesome golfer Jordan Spieth has a 1,700 point lead over the next golfer, he’s far from a lock to win the Cup. Points are worth buttloads (that’s a technical term) more over the next three weekends, meaning a guy like Bubba Watson could overtake him with a few good finishes.

Currently going off at 3/2 odds to win the FedEx Cup, Spieth is all but guaranteed to be playing in the Tour Championship on the final weekend, but since the points reset before that round, there’s no telling if Spieth will emerge on top. The Tour Championship is always played at East Lake Golf Club – a pretty vanilla course that yields to whatever golfers are entering that weekend on a hot-streak.

There is good value to be found betting basically any golfer not named Spieth or Day (13/2 odds) for the upcoming tournament. Watson sits third in points and is at a healthy 15/1 odds to win the whole thing, while fourth-place Jimmy Walker has pretty lengthy 33/1 odds to win despite six top ten finishes this season.

If you’re willing to bet on a golfer raising their game over the next month and climbing the rankings, you can get some great odds. Familiar names like Henrik Stenson (50/1), Phil Mickelson (65/1), and Sergio Garcia (100/1) are all capable of rattling off a few good rounds to get back in the conversation.

If you want a deep dark-horse, look no further than last year’s FedEx Cup runner-up, Chris Kirk. Currently at 250/1, Kirk was having an okay year before breaking his hand prior to the Open Championship. Returning from that won’t be easy, but he was on a streak of eight consecutive cuts made before he went down, and his experience in this tournament make him worth a look.

Here are all of the odds, above, now in handy list format, plus odds for a few other noteworthy candidates to win the 2015 FedEx Cup. 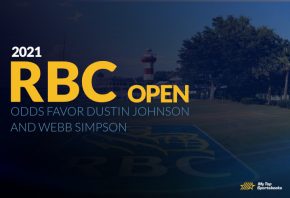 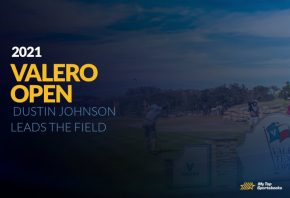