Often described as golf’s fifth major, THE PLAYERS Championship offers $15 million to the winner – the highest prize fund of any tournament in the sport.

Since the coronavirus pandemic forced the cancellation of last year’s event following the first round, Rory McIlroy will be defending his 2019 title when he tees off from TPC Sawgrass in Ponte Vedra Beach, Florida on March 11th to 14th.

Let’s check the opening odds for the event and discuss some of the best bets in the field.

Need you next wager to be a gimme? More golf betting resources can be found here.

Dustin Johnson (+1000) has finally cooled off. After capturing four victories and three runner-ups in ten starts, the 36-year-old tied for eighth at the Genesis Invitational and shot an ugly five-over-par at last weekend’s WGC-Workday Championship. While Johnson has never won the Players, he shot a respectable 2-under par in round one last year and finished tied for fifth in 2019, just three shots back of winner Rory McIlroy (+1200).

Speaking of the Northern Ireland native, McIlroy hasn’t visited the winner’s circle since fall 2019 but has shown recent glimpses of a possible return to form, placing sixth at The Concession (his third top-ten finish this season).

Other players to watch

Jon Rahm (+1600) had been a model of consistency, placing in the top ten in five of six outings prior to the WGC-Workday Championship. The Spaniard plummeted from the 54-hole lead to a T-12 finish at the 2019 Players Championship, famously blowing his lid on the 11th hole after landing in the water.

Brooks Koepka (+1800) won the Waste Management Phoenix Open to end an 18-month drought and tied for second at The Concession thanks to a late string of birdies in the final round.

“This is honestly one of the hardest-working athletes I’ve ever been around – and I’m in the NFL space.”

How Brooks Koepka and his trainer transformed the battered superstar into – once again – the biggest, baddest bruiser in the game: https://t.co/q9TepG43ks pic.twitter.com/h4wq06O4fe

Looking for a longshot? Before last year’s tournament was called off, Hideki Matsuyama (+3300) led after the first round with a 9-under 63. He also finished just four shots back of Rory in 2019.

Webb Simpson (+2500) is also comfortable at TPC Sawgrass, winning the event in 2018, shooting a respectable 4-under in the first round last year and finishing in a tie for 16th in both 2017 and 2019. The American tied for sixth at the WGC-Workday Championship so his game looks to be in fine form. 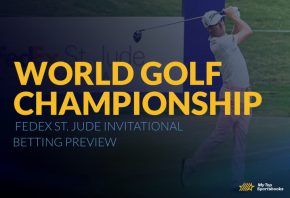 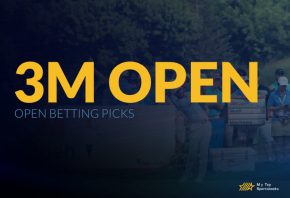 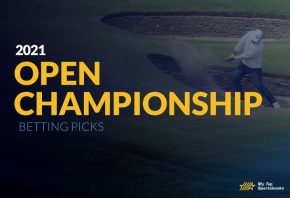 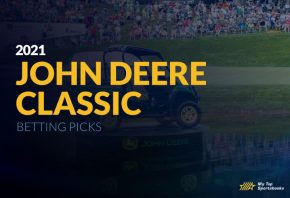