The 150th Belmont Stakes is set to be run this Saturday, June 6th. The most important story of the race is that of Kentucky Derby and Preakness Stakes winner Justify, who is trying to complete the Triple Crown. The Triple Crown is one of the most prestigious accomplishments in all of sport, so any time a horse enters the Belmont in this situation a whole frenzy comes with them.

How does Justify compare to other Triple Crown hopefuls?

We’ve put together this table with all the horses who have been in Justify’s shoes since 2000. We’ve also thrown in Secretariat, just for fun.

The strongest recent favorite to win the Triple Crown was Big Brown, who lost for mysterious and frankly unknowable reasons. That left bettors with a new appreciation for how difficult completing the Triple Crown is, and since then some magnificent horses have come through at slightly longer odds. One day you’ll tell your grandkids about how American Pharoah was the best athlete you ever saw, and they’ll roll your eyes at you, but even he only netted 3/5 odds. Justify is a little longer than his trainer’s crowning jewel, although a little shorter than Bob Baffert’s other horse on this list, War Emblem. 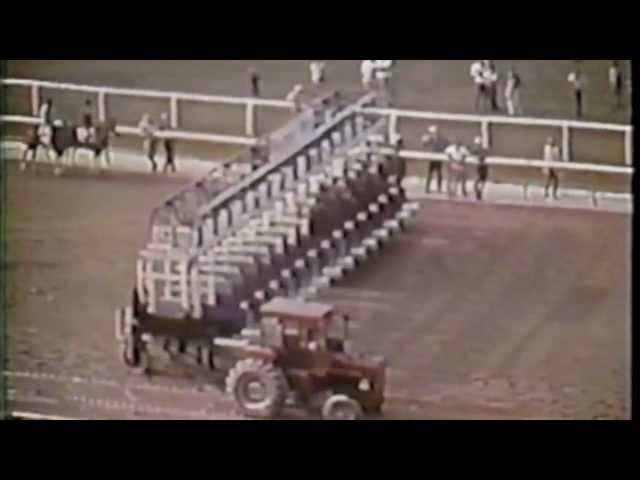 I include Secretariat because of how hilariously short his odds were. It’s true, he was racing against a field of four other horses, but one of them was Sham! In any other year Sham would have very likely been a Triple Crown winner, and Secretariat beat the field by 31 lengths.

Why is it so hard to win the Belmont?

The interesting thing is that horses come to the Belmont with Triple Crown ambitions more often than you might think. There have been eight Triple Crown hopefuls since the new millenium, but only one winner, which points to the unique difficulty of the Belmont.

There’s a few reasons the Belmont is such a pronounced bottleneck on the road to Triple Crown glory. For one thing, it’s a mile and a half on dirt, significantly longer than the Preakness or Kentucky Derby. It also comes after five weeks of hard racing and travelling, so a contending horse is pretty worn out before they start the longest and most important race of their lives.

The other reason the Belmont is so difficult to win is that only one horse is competing for the Triple Crown. Trainers of promising horses that come up short at the Kentucky Derby will often strategically skip the Preakness, so their horses are better rested and sharper when the Belmont comes around. If you look at the Preakness start list you’ll see that Vino Rosso was notably absent, as was Hofburg. Both of those horses are talented enough to steal the Belmont from Justify, and Justify will have to beat them with more miles in his legs.

It’s also hard for all the same reasons any sport is, except also the athletes are horses. Horses can’t tell you how they’re feeling, listen to instructions on how to recover, or tell you what they think of their competition. They’re extraordinarily well trained, but there’s only so much we can know about them, and winning three races in a row requires a large helping of luck.

My best advice is to not bet on Justify, because you cannot possibly get good odds.

Here’s an interesting anachronism of horse racing: people don’t cash their tickets when their bet wins the Triple Crown. They keep them as a souvenir instead. You can still buy a $2 ticket on eBay for a race that finished in 1973, and in 2015 bettors left over $300,000 at Belmont Park and took their tickets home.

You don’t have to be an expert in horse racing to know that you’re probably not going to get great odds betting with people who literally won’t cash in their ticket, but you can probably see how this creates some value on the other side. If you’re willing to be the no-pass bar betting downer at this particular craps table, there’s some great horses to bet on.

The aforementioned Vino Rosso is an absolute star in his own right, and you can find him listed at 9/1 or even longer. Hofburg had an unfortunate run at the Derby for 7th, but has a good chance to redeem himself at the Belmont. Three of the last four Belmont Winners come to us from Tapit, Hofburg’s sire, and has plenty of stamina in his pedigree.