Racing at Woodbine was delayed until June due to Canadian COVID-19 regulations, but the season has finally begun! And, the top older sprint fillies in Canada will line up on Saturday, June 19 for the Grade 3 Whimsical Stakes! The race drew a well-matched field of eight fillies and mares, aged four and older, to compete for a $150,000 purse.

Where to Bet the Whimsical Stakes

It matters who you bet in the race, but it matters just as much where you bet them. Finding the best online sportsbook not only helps you get the best betting experience, but using the right sportsbook makes sure you get the most for your money by giving you the best wagering odds and player incentives.

Finding the right sportsbook can be tough since there are so many out there, but that is where we can help. Our horse racing betting experts have done the work for you, by researching betting websites and finding the best ones for every kind of bettor. Read our guide to the best online sportsbooks, and place your bets with confidence!

History of the Whimsical Stakes

This is the 65th year of the Whimsical Stakes. The race was first run in 1956 at Greenwood Raceway. It moved to Fort Erie in 1967, then to Woodbine in 1976. Except for a brief return to Greenwood from 1980-85, the race has been at Woodbine ever since. Though the race has been run on dirt, turf, and all-weather, at distances ranging from six furlongs to a mile, it has been run at a mile on the Woodbine main since 1986.

Several mares for whom recent stakes at Woodbine are named won the Whimsical during their racing careers. They include Canadian fillies’ Classic namesake Wonder Where (1960), Royal North (1979), Ruling Angel (1988), and Zadracarta (1989). Holy Bubbette, dam of multiple G2 winner Cairo Prince and granddam of G1 winner Outwork, also won the Whimsical in 2004.

This is the official field for the 2021 Whimsical Stakes. This includes post positions for each horse, as well as their trainers and jockeys.

Let’s learn a few things about handicapping Woodbine, and then get into the horses in this year’s edition of the Whimsical Stakes!

The Whimsical Stakes is run on the main track at Woodbine. Woodbine’s main track has a Tapeta footing. The best thing to look for when trying to find a horse who can run on the Tapeta is form on other Tapeta tracks. Form over other synthetic footings like Polytrack does not always transfer to Tapeta. However, form over other Tapeta racetracks like Presque Isle Downs, Turfway Park, or Golden Gate fields often does mean they will handle the surface at Woodbine.

Since Woodbine’s meet just started on June 12, there are few statistics to go on yet for this meet. However, Kevin Attard, who sends out Amalfi Coast, is tied for the training lead with two wins so far. Emma-Jayne Wilson, rider of Our Secret Agent, has taken an early lead in the jockey standings with four wins in the first racing week.

Looking back to last season, Mark Casse was the leading trainer at Woodbine in 2020, and was a better bet on the Tapeta than he was on the turf. He sends out both Our Secret Agent and Chart for the Whimsical. Though last year’s leading rider Rafael Hernandez does not ride in the Whimsical, second-leading rider Justin Stein takes the call on Amalfi Coast.

There is a lot of early speed drawn into the Whimsical. The best-drawn of it is Artie’s Princess, who is a well-proven stakes horse at Woodbine. She drew outside the other pace horses. She is fast enough to attend the pace, but doesn’t have to be right on it. And, even though she has not raced since last November, she runs well fresh and should be well prepared for Wesley Ward.

Other speed inside of her includes lightly-raced Golden Ami, who has no proven stakes form yet but a local win and a lot of upside, Sav, who got a tightener in a five-furlong handicap at Gulfstream, and Summer Sunday, who may be speed of the speed but is drawn furthest inside the pace and may not be what she was in 2019. Chart also shows some pace, though stands to be outjumped by this stakes-level sprint speed.

With plenty of pace to reel in, Boardroom looks strong in the Whimsical. She has never missed the board in five career starts, which all came over one turn on the Woodbine Tapeta. Though she was well beaten as the favorite against a few of these in the Ruling Angel last year, her broken rein gives her a real excuse. With good fresh form and the versatility to handle the outside, she may be tough.

Our Secret Agent has never missed the board in nine career starts, including five on the polytrack at Woodbine and three at the six-furlong distance. She hit the board in all three stakes tries at Woodbine last year, proving competitive against many who she faces again in this. Her off-pace style suits the race, and she could very much get a share again.

Amalfi Coast fits on her best, has top-class connections, and has the right off-pace style to work a trip into the lively pace. Though, last year she needed her first start off the winter layoff before she became competitive. She has also never gone as short as six furlongs, leaving the possibility that some of these conventional sprinters could leave her a bit flat-footed.

Here are the best bets to make on the 2021 Whimsical Stakes. 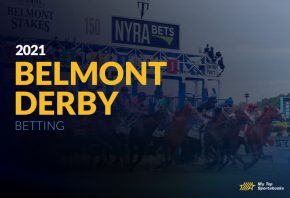 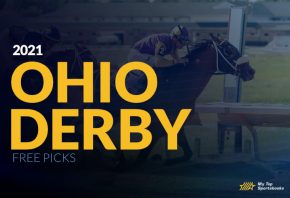 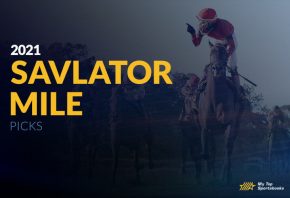 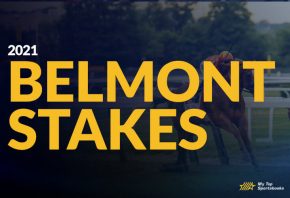