The 2016 Bassmaster Elite series is in the books. Gerald Swindle took home Angler of the Year, fending off Keith Combs by a slim 29 points. Swindle’s 2016 win comes over a decade since he first captured the title in 2004. That’s the longest time between wins since Kevin Van Dam (pictured below) took a 12-year hiatus between his 1996 and 2008 titles.

Randall Tharp rounded out the top-three this year, while 2014 champ Greg Hackney had another impressive season, finishing fifth.

Aaron Martens and his three Angler of the Year trophies (2005, 2014, 2015) won’t be happy with his 22nd-overall finish. Neither will living legend KVD; the seven-time AOY-winner was a disappointing 30th, a full 229 points back of Swindle.

A lot of luck goes into angling, no doubt. But there’s a reason why the vast majority of AOY trophies have been taken by repeat winners. (Hackney, Brent Chapman, and Skeet Reese are the only first-time winners to claim the trophy in the last decade.) While we’re not in the Roland Martin/Bill Dance back-and-forth that we saw in the 70s, the guys who already have wins under their belt are the favorites to claim the 2017 title.

Martens had a legendary 2015 season, clinching the title before the last tournament even started thanks to two wins and seven top-15 finishes. That came just two years after his 2013 title. Last year was one to forget, relatively speaking, but he’s still established himself as arguably the best angler in the world, and he heads the odds as a result.

Hackney is right behind thanks to his 2014 title and two top-ten finishes in the last two years. He had the lead late last year but faded down the stretch, allowing Swindle and a few others to vault past him.

Van Dam and Swindle are tied for third. Swindle finished well back in 2015, but had something of a career resurgence last season, taking a 44-point lead into the final tournament at Mille Lacs. KVD hasn’t won the title since 2011 and hasn’t been in the top-ten either of the past two years. But I’m not prepared to bet against him too heavily. Are you?

Hunting Odds – Are Stricter Regs Coming to a State Near You?

Five proposals have come in for a Chicago casino 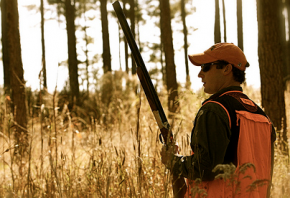 Hunting Odds – Are Stricter Regs Coming to a State Near You?