The excitement towards potential sports betting in California potentially making its way to the Golden State keeps growing and growing. Well, that excitement has reached another level, as California Indian tribes presented a new sports betting initiative for the 2022 ballot. This now marks the fourth different initiative that has been presented. This fact alone has people believing that good news can be on the way.

As part of this new initiative, which is headed by four groups, including the San Manuel Band of Mission Indians, it would give these four tribes the exclusive rights for two different things: in-person sports betting and online sports betting. As we all know by now, sports betting is banned in California but countless folks are waiting for the laws to be changed. These Indian groups want to take charge.

The official initiative has been called “The Age-Verified Tribal Online and In-Person Sports Wagering & Homelessness Solutions Act.” With this act, as has been mentioned in other initiatives as well, the focus will be on not only promoting sports betting in the state, but also helping fix the major issue of homelessness all over California. Homelessness is a growing issue and something needs to be done.

Per local reports, this new initiative would send 85% of tax revenue per year directly towards helping the homeless find places to live. That’s a large chunk of change and it would surely make quite the impact for those in need. This is something that local officials will definitely keep in mind when deciding whether or not to move forward with things to be present on the ballot for November of 2022.

When will this new initiative get placed on the upcoming ballot?

People out there are of course wondering when will this new initiative get placed on the upcoming ballot? Well, it’s a lot easier said than done here. It’s not just a one-day thing and then it will be ready for people to vote on. Per the regulations in California, the initiative must at the latest qualify for things by June of 2022. Fortunately, there’s plenty of time for that to happen and there’s a good feeling about it.

At the same time, it’s up to the attorney general’s office to approve the measure before the four tribes can start getting signatures together to have things rocking. In addition, again per the California laws, there must be a little over 997,000 signatures collected. If those signatures are collected and presented, then things can be put on the ballot. First thing’s first, though, the AG office must give its green light.

“As the sports betting landscape has changed over the last two years, we believe that the initiative is in the best interests of all tribes and the citizens of California,” the four tribes said in a statement when they officially announced their initiative last week for the citizens to be informed on so they can think.

In essence, there’s multiple steps that need to be taken for this proposal to really start catching steam. With that said, the fact that the four tribes have presented things so early should have them feeling good about the AG office letting them push forward and then get going on gathering the needed signatures for it to be placed on the ballot. Only time will tell if things are allowed to move forward here.

This is Vegas-related in ways most haven’t even considered yet. It’s going to get ugly with DraftKings and FanDuel, and Vegas entities involved with these companies are going to have a rude awakening. Make some popcorn. (h/t @Stiffs_Georges) https://t.co/HGzn36yAmj

As you might have been able to guess, there’s heavy competition to take charge for California sports betting, as this is no question going to be a venture worth billions and billions of dollars over time. With that said, illegal betting is still being done all over the place. With different NFL football odds always being present for fans to check out, they’re placing wagers through illegal bookies with so much ease and consistency.

This has become a massive issue for California as a whole. With so much money being exchanged, things really need to be regulated. In order for that to happen, California sports betting must be made legal in the near future. People are almost desperate for it to happen. That’s why we’ve seen multiple initiatives already been given the go-ahead to be on the ballot for 2022, while others are still trying to get on.

As of this writing, one of the biggest and most widely supported initiatives came from the major gaming companies, including DraftKings, for a $100 million initiative that would be geared towards helping both homelessness and the mental health difficulties in California. These companies would power the way for sports betting through this act, as it has seen plenty of positive feedback across the board.

Well, the Indian tribes in California aren’t too excited to see outside sportsbooks backing a new California sports betting act. That’s why this new initiative has of course been brought up and into play. It’s important to remember that just because things are voted for on the ballot in 2022, that doesn’t mean that betting will be made legal right away. Still, it’ll be a giant step for betting if it does. 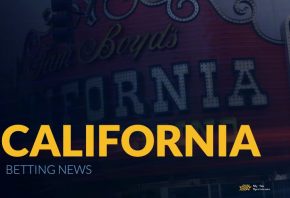 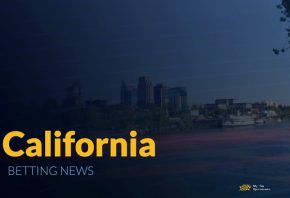 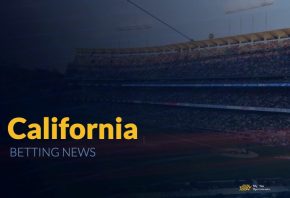 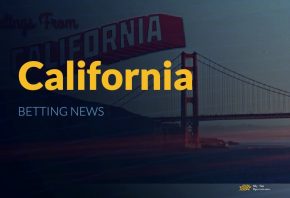