Believe it or not, sports betting remains illegal in California, which countless folks can’t fathom. While numerous states have gone forward with flipping things, the Golden State remains in flux. However, that might change soon, as California tribal leaders are pushing for sports betting to be made legal in the near future.

It of course would make a ton of sense for this to be changed, as California features some of the best and biggest sports brands in the world. The Los Angeles Lakers won the NBA Finals in 2020, while the Los Angeles Dodgers were also able to win the World Series. Those are just two of the several huge teams in the state who always have high sports odds.

“While tribes like Yocha Dehe Wintun Nation support sports betting in California, tribal leaders are not willing to sacrifice the good-will of their guests and neighbors in order to get it.” https://t.co/F2o3uP6FJA

Even at the college level, schools like USC and UCLA have big-time followings. Yet, California residents haven’t been able to legally make sports bets for the teams they love to watch and support, as the state’s government hasn’t gone all the way in allowing it to happen. With all of that said, the general feeling is that sports betting will become legal in the near future.

According to the Las Vegas Review-Journal, tribal leaders in California are trying to speed up the process, as they’ve voiced their desire for sports betting to become legal. From their point of view, it’s only a matter of time before bettors can place their wagers with confidence at sportsbooks. At this point, it’s just time for the law to be placed and taken into action.

Per the Las Vegas Review-Journal, more sports betting proposals could be put on the table in 2022. Obviously, the more proposals and support that’s on the table for sports betting to be made legal, the better. What’s been holding things back is the concern of how much this would impact different communities moving forward.

When it comes to sports gambling, countless folks in opposition to it being made legal in California have brought up the fact that tons of folks deal with a gambling addiction. Should sports betting be given the green light, the argument is that it would open the door for even more Californians to fall into this addiction, as they’d have access to making their bets.

With that said, California is simply far too big of a state to sit with its hands behind its back and just watch the rest of the country go out and make moves here. Not only is California interested in allowing sports betting, but Arizona could be next on the list as well. Both states simply make too much sense for changing their laws.

With California specifically, many people are pondering why it has taken so long for things to go into effect. As it turns out, different tribal leaders in California were all set to push things forward with a proposal in 2020, but the Coronavirus pandemic came in full force, causing the delay. Now that the country is back moving in the right direction, the proposals are all set to be made.

The vote for California sports betting will come in 2022

In the next little while, we’ll find out what goes down in terms of betting in California. That’s because the vote for California sports betting will come in 2022. According to the LA Times, that vote will be present on the November 2022 ballot. Once that ballot is present and the votes are in, we’ll have our answer that everyone has been waiting for.

Again, there’s folk on both sides of things when it comes to whether or not sports betting should be made legal in California. What can’t be ignored, however, is that more than 25 states have already made sports betting legal. With California’s incredible market, the fact that they’re more than three years late to the game is unreal.

“This is an important step toward giving Californians the opportunity to participate in sports wagering while also establishing safeguards and protections against underage gambling,” Tribal leader Mark Macarro said shortly after it was revealed that the vote will be taking place on the 2022 ballot.

Currently, folks in California can’t place their wagers and essentially are forced to leave the state to get things done. With Las Vegas being such a short drive from the border, it makes sense as to why so many people head to Nevada. With that said, it’d be wise for sports betting to be allowed, as it would no question help things economically.

The expectation is that sports betting will become legal in California

The good news for folks out there is that the expectation is that sports betting will become legal in California. This is going to be a massive addition for the state, as they’ll be playing a little bit of catch-up. Regardless, come 2022, the green light indeed is expected to be given, which will make so many sports fans ecstatic.

With the market for the Rams, Dodgers, Chargers, Lakers and so much more, sports betting will see monster numbers as soon as things are a go. There’s a reason the tribal leaders want to see this happen, as it will also welcome plenty of new and repeat business to casinos. Stay tuned for new updates, as they’re sure to be on the way soon. 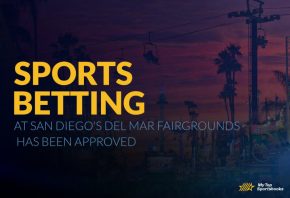 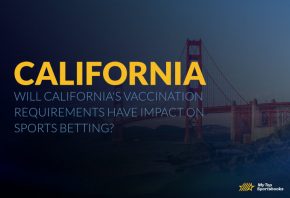 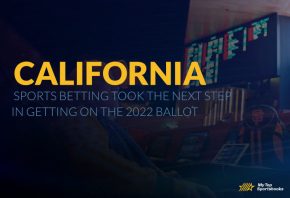 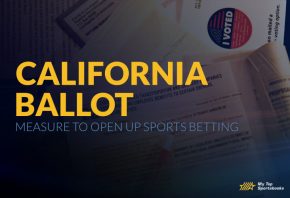