According to local reports from earlier this month, the 2022 ballot should have loads of new legislatures on the table to try and bring in more casinos and gambling. Just recently, it was announced that the Seminole Tribe of Florida had signed an exclusive 30-year gambling deal. With this, it gives them the reins on all things gambling.

It also didn’t come cheap for the tribe, as it was also reported that Florida could potentially receive a mind-blowing $20 billion for this 30-year deal. That new 30-year move brought in plenty of scrutiny all over the state, and the country for that matter, as countless folks didn’t like the fact that the state and the Seminole Tribe made this happen.

That’s now opening the door for other companies from outside of the state to try and get some words in on why things should be changed. Going as far as to put their ideas on the table to try and get things moving for 2022. With that said, those companies sure have an uphill climb to make things work. Can something go down?

As you might have been able to guess, Las Vegas Sands has high interest in taking things to Florida as soon as possible. According to reports, Las Vegas Sands has put forth two different amendments, which total around $17 million. In that same report, it’s been stated that three new casinos would potentially be opened up somewhere either in Jacksonville or Pensacola.

However, Las Vegas Sands has Jacksonville high on its list, potentially as the favorite. It’s not hard to figure out why Jacksonville would be such an attractive location for some new casinos. Not only is it an incredibly bustling city, but the NFL’s Jaguars are in town and the team is expected to draw plenty of attention thanks to its offseason moves.

First, Urban Meyer was hired to be the next head coach, with the team’s NFL odds improving shortly after that happened. Then, Jacksonville selected Trevor Lawrence with the No. 1 overall pick. With those two additions alone, Jacksonville is expected to be a much better team moving forward. That’s good for the city. Imagine casinos and more gambling options making their way to town too.

Having said that, John Sowinski, the president of the group ‘No Casinos’ in Florida, is completely against this idea. Sowinski went on to say, “Whatever the form of gambling is that’s introduced, it doesn’t generate new money. It simply diverts discretionary spending from bars, restaurants, movie theaters.” This only adds to how difficult it may be for gambling to expand.

Is sports betting legal in Florida?

Having said all of that, is sports betting legal in Florida? This is a question that so many people wonder about, as sports waging isn’t allowed in so many different states across the country. When it comes to Florida, though, it’s technically legal to make sports bets, but the first sportsbooks and mobile sportsbooks are yet to open. That will be coming in October, with more info on that below in this piece.

As part of the state’s new 30-year deal with the Seminole Tribe, it was included in that deal that the tribe would be able to open its own retail sportsbooks, while also being able to have its own mobile sportsbook as well. This would be groundbreaking, as it really would be a massive move for both the tribe and the state, boosting the economy and opening up countless jobs out there.

“This historic compact expands economic opportunity, tourism, and recreation, and bolsters the fiscal success of our state in one fell swoop for the benefit of all Floridians and Seminoles alike,” Florida Governor Ron DeSantis said shortly after the deal was announced. “Our agreement establishes the framework to generate billions in new revenue and untold waves of positive economic impact.”

While the sportsbooks would be a massive addition for Florida bettors, the mobile sportsbook really is what has so many people jacked up for. With life being so mobile these days, being able to place bets from your phone, computer or tablets is a complete and total game-changer. It could be a matter of time before citizens can take advantage of things.

When can legal sports bets be placed?

Another question being asked is when can legal sports bets be placed? While that can’t be done just yet, that will change Oct. 15. On that date – of course assuming that no laws end up changing things and preventing Florida from making this happen – people over the age of 21 will be able to legally make their sports bets with no problems.

This news of course isn’t just for Florida, as sports betting is also expected to be legal in Arizona and Connecticut this year. With that industry being so booming, it only makes sense for more and more states to legalize things. It has most definitely been a long time coming for Florida, but sooner than later, folks will be able to check out different odds and lay down their money the way they please.

Florida sports betting was cleared by U.S. officials for the October start 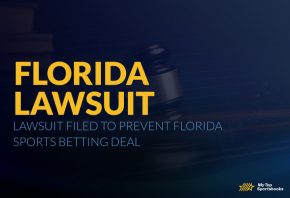 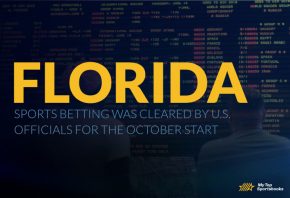 Florida sports betting was cleared by U.S. officials for the October start 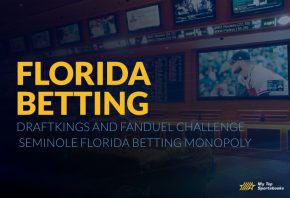