Earlier this summer, the U.S. federal government cleared the way for Florida and The Seminole Tribe to move forward with their 30-year agreement that would give the tribe control over sports betting throughout the state. Now, though, a lawsuit filed to prevent Florida sports betting deal from actually taking off has been placed.

This has brought not only concern for governor Ron DeSantis, but also the countless amount of citizens who are hoping that sports betting becomes legal and sportsbooks make their way to the Sunshine State in the near future. As it stands, a pair of local casinos in Florida are trying to prevent this from happening, going through the courts to do so.

Those casinos are Magic City Casino in Miami-Dade County and Bonita Springs Poker Room in Southwest Florida. The owners of those two casinos, the Havenick Family, are the ones who are trying to put their foot in front of things to prevent it from happening. Per the lawsuit, those owners are saying that the new sports betting plan would end up violating multiple federal laws.

“Through this fiction, the compact and implementing law seek to expand sports betting outside of Indian lands to individuals located anywhere in Florida so long as they have a computer and internet connection — subject only to the tribe’s monopoly,” lawyers wrote as part of the 43-page lawsuit trying to prevent this all from going down.

A couple of organizations want to block the State of Florida and the Seminole Tribe from allowing sports betting as early as October 15. https://t.co/AAWDqX2BPO

Unfortunately for DeSantis and The Seminole Tribe, Florida is now facing more hoops to try and get sports betting legalized. This of course is a bummer, as earlier this summer the Biden administration came up huge for the state and said that the plans could go forward. This 30-year pact was set to provide quite a boom in the economy.

However, the Havenick family understands what this means for their business. While they brought up the federal laws that would be violated in their lawsuit, that same suit also brings up that the plan would be ‘catastrophic’ for their casinos and it would really put their businesses at risk. The Seminole Tribe would have all the power in terms of sports betting and sportsbooks.

The Havenick family strongly believes that so much power for one entity would really hurt their own casinos. While they bring up a good point, this kind of an agreement can’t be canceled or shut down simply because it would have a negative impact on the casinos they own. This is something that needs to be worked out.

“Although Secretary (Deb) Haaland could have approved a compact between Florida and the tribe to permit in-person or online sports betting by patrons physically on the tribe’s reservations, the plain language of IGRA prevents her from approving the compact here because it does not comply with IGRA’s ‘Indian lands’ requirement,” the lawsuit reads.

The Seminole Tribe isn’t backing down despite this new lawsuit

As you might have been able to guess, the Seminole Tribe isn’t backing down despite this new lawsuit that has been brought up. This group as a whole worked tirelessly in recent years with Florida to make this agreement happen. Folks all over Florida have been dreaming of sports betting becoming legal. The Tribe knows this, which is why they’re not going to stop moving forward with the deal.

“It has been agreed to by the Governor and the Seminole Tribe, approved overwhelmingly by the Florida Legislature and deemed approved by the Department of the Interior. It has the support of two-thirds of Floridians. The State, the Tribe and Seminole Gaming are moving forward,” The Seminole Tribe spokesman Gary Bitner told Tallahassee.com.

A 2nd lawsuit challenging the Seminole compact’s federal approval could delay Florida sports betting. The challenge made in Wash DC District Court lists the US Dept of Interior and Sec. Deb Haaland as defendants. Thanks to @WALLACHLEGAL for his insights. https://t.co/mdO6HTXsAZ

As soon as this deal was put in place, it was also announced that The Seminole Tribe will be paying Florida around $20 billion over the next 30 years as part of the contract. Even more head-turning, an estimated $2.5 billion will be paid over the first five years, with the rest breaking down with the following 15 years. That obviously an insane amount of money.

The agreement between the two sides of course isn’t a cheap one, but that shows you just how big The Seminole Tribe believes sports betting can become in Florida. There’s no denying illegal gambling already takes place. It’s in the best interest for everyone if sports betting can be made legal, while at the same time also be regulated. It just seems like a win-win for everyone involved moving forward.

When will sports betting be made legal in Florida?

Despite the new hurdles, folks remain asking themselves when will sports betting be made legal in Florida? Well, the answer to that question is around Oct. 15. That was the date that was given approval for the sports betting to take place. Obviously, so many sports fans down south are fired up for this actually happening.

The middle of October is the heart of the NFL season. Fans will be able to check out the odds, obviously including the Miami Dolphins, Tampa Bay Buccaneers and Jacksonville Jaguars, and get some bets in. Checking out the odds and making wagers at a sportsbook really doest excite people. Now, everyone will have their fingers crossed in hopes that this new lawsuit doesn’t bring a delay to things.

Department of Justice is ready to help Florida sports betting 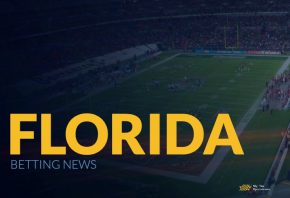 Department of Justice is ready to help Florida sports betting 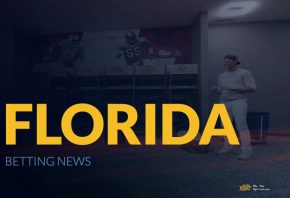 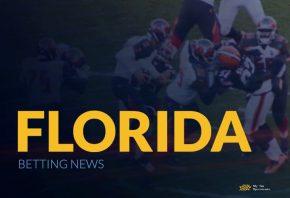 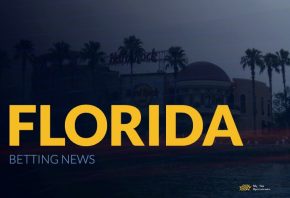