Some major news has come in for everyone who love Illinois sports betting, especially for basketball and football. That’s because Illinois fans can now officially bet on in-state college teams in the future. Yup, the ban was removed in recent days, with Governor J.B. Pritzker signing a bill that will allow for folks to do so. When sports betting was first legalized in the state, betting on local colleges was a big no-no.

However, folks have been pushing for this law to change. Illinois features some incredible college programs, of course including Northwestern football in the Big Ten, plus the Illinois men’s basketball team. Both those programs are featured in some amazing contests throughout their respective seasons. However, people in Illinois were never allowed to bet on that, which had people up in arms.

It should be noted, though, that people will not be able to make these bets via an online sports betting application. In Pritzker’s bill, he made it more than clear that people will have to travel to either one of the state’s casino sportsbooks, or racetrack sportsbooks. Those bets can be made in person. However, if folks want to place a bet through an app, they better think twice if they think they can bet on college games.

While this may be annoying for some fans, the fact that they can now bet on college sports for the local teams is a big win. Think about how many people will go watch Northwestern, Illinois, DePaul and other big schools in person, and then want to place wagers leading up to things. It’s of course going to make the action much more fun and entertaining for everyone who packs the stadiums on a consistent basis.

In some other incredibly exciting news, the bill will also bring a new sportsbook to the Wintrust Arena in Chicago. You’ve got to believe that countless people are incredibly fired up over this news. Not only is it another sportsbook option, but this is also coming to a major city like Chicago. Remember that Illinois is down to two bids for a new Chicago casino project, which is massive.

The Wintrust Arena has a capacity of around 10,000 people. What’s great here too is that it’s home to the DePaul men’s and women’s basketball teams. With college betting now being made legal, folks who are of age can now head to the Wintrust Arena and place their bets on those games. Again, this is only going to add to the user experience for everyone involved.

Now not only can they bet on the DePaul games, but they can check out things like NFL playoff odds, NBA odds, MLB odds and so much more. They won’t be limited to just betting on DePaul. Oh, and remember that the Wintrust Arena is also home to the Chicago Sky of the WNBA. The Sky are an exciting team too and people will surely check out the different WNBA odds for them too. They won the title in 2021!

Circling back to DePaul, imagine the energy around the team come tournament season? DePaul fans will be jacked up for the conference tourney, but imagine if this team is also in a position to head to the NCAA Tournament. The March Madness would be at an all-time high and everyone would love to make bets on them. Now, they’d be able to do so at the WinTrust Arena, which is absolutely awesome.

Last but not least, citizens will now be able to sign up for new sports betting accounts online as well. This is considered a major victory for people across Illinois. They’ll have to wait a little bit on that, though, as this won’t be put into place until March 5. Once March 5 does arrive, however, then people can grab their phones, laptops or other mobile devices and create new accounts for their sports betting needs.

Previously, you would have to go to an in-person to make up a new account. With the easy ability to do so online, many other states adopted this early on in their process. Yet for Illinois, it wasn’t an option. Fortunately a change has been made here and in early March you can head online if you already haven’t made your betting account. This is big for multiple reasons.

At the top of the list, though, is that it’s surely going to create more accounts, which will of course lead to even more wagers being made across the year. From a total handle and potential revenue standpoint, that’s got to be music to the ears for officials in Illinois. The fight against behind-the-scenes, illegal betting is getting stronger and stronger. This latest change in things is going to help out in the long run.

Illinois has been making plenty of moves in the sports betting world as a whole, and it’s been awesome to see. The latest things being added and mixed up thanks to the bill signed by the governor is yet another positive step in the right direction.

For the first time since sports betting was legalized in Illinois two years ago, bettors can now lay wagers on DePaul, Northwestern and other in-state college teams. https://t.co/D89exN50C8 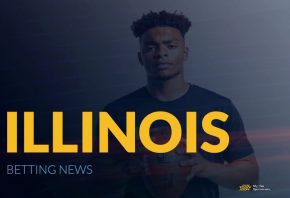 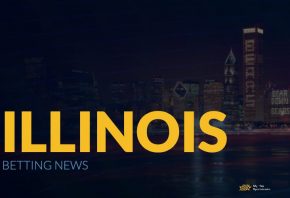 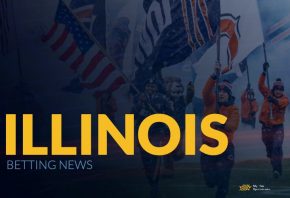 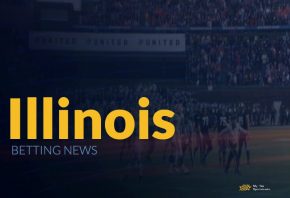