Folks all over Illinois are quite familiar with the name Matthew Namoff. That’s because the 25-year-old was considered among the ringleaders for the illegal gambling ring that took place at Illinois State University. In case you missed it, the federal government broke up a huge ring that took place on the campus. Now, reports have broken stating Matthew Namoff avoids jail in Illinois State gambling ring case.

This sure comes as a bit of a surprise, as it really looked like Namoff was going to be in serious trouble. Earlier in the year, Namoff came forward and admitted that he helped run the ring, which began back in 2016 and things ran until 2019. The project took place before sports betting officially became legal all over Illinois. With things being illegal back then, it only enticed folks to take part of some action going on.

Now that sports betting indeed is legal in Illinois, folks can place their bets with ease. However, the ring started things up in 2016 and things really took off on campus at ISU. Imagine college kids placing bets on their favorite teams. They’d surely check out the lines via the Las Vegas sportsbooks and place NFL, MLB, NBA and more wagers. There’s no question that sports betting has become quite popular for college kids.

With the popularity of the Chicago Bears, Chicago Cubs, Chicago White Sox and other teams, Namoff and his crew took advantage of this and worked as bookies for the college kids to place their bets. As soon as things came to light, folks all over campus, including Illinois State University officials, were furious with what was taking place. Now, Namoff is facing the consequences, though jail time indeed was avoided.

What was the punishment for Matthew Namoff in this case?

We know you’re probably wondering what was the punishment for Matthew Namoff in this case? Well, he won’t be going to jail, which was expected, but that doesn’t mean he’s fully a free man. That’s because the judge in this particular case has let Namoff know that he will spend six months in home confinement, while he’ll also receive a fine of $10,000.

This indeed comes as a bit of a shocker, as the initial thought was that he’d receive a multiple-year sentence from U.S. District Judge Virginia Kendall. At the same time, it really feels like Namoff has learned his lesson here, as he told the judge that he’ll never be in a position like this and he has no intentions of returning to a courtroom. He’s ready to prove everyone wrong and take advantage of his light sentence.

This should be a huge eye-opener for Namoff as many out there believe that he’s incredibly lucky to not be on his way to jail. Illegal sports betting is nothing to sneeze at, especially when things are on a college campus. The fact that this illegal sports ring was going on at campus and in classrooms is nothing short of appalling. As a matter of fact, professors and advisors were enraged when they found out.

On top of that, things were made even worse knowing that the students were involved. Namoff recruited students and had them reach out to other youngsters to have them place their bets. This is how things not only started, but how they grew as well. All in all, it was just disgraceful for everyone involved in this instance, with Namoff being the one to really have his foot on the ground all over the school.

Who else has been sentenced in this gambling ring case?

Another question folks want to know is who else has been sentenced in this gambling ring case? Surely Namoff isn’t the only person who has been punished for this act, right? Indeed. In total, eight people have now been charged as part of this ring on the Illinois State campus. The main leader of everything was Vincent “Uncle Mick” DelGiudice, who recruited Namoff and gave him responsibilities.

DelGiudice and multiple others are still awaiting sentencing for their involvement in this ring. For DelGiudice, he’s facing some serious punishment, as this Illinois State University ring isn’t the only one he’s been involved with. Per reports, DelGiudice had nearly 1,000 people working for him statewide for illegal sports betting. That fact alone is simply unreal. How in the world could this have even occurred?

You can expect DelGiudice to face some serious prison time. The same can be said for multiple others here. We’ll find out for sure a little bit down the road exactly how much time they’ll be behind bars, but it should be noted that they’re not expected to get slaps on the wrist like Namoff did. Again, for him to only receive home confinement for six months should make him feel like an incredibly lucky guy.

The judge clearly saw that he was just following the orders of DelGiudice and wasn’t the key hog here. For Namoff, he was in college when things got started and he was just looking for ways to make a quick buck as a student. He learned his lesson in the hardest way possible and now you better believe he’ll never do anything so stupid again. That’s at least the hope from the judge, who is giving him a second chance here. 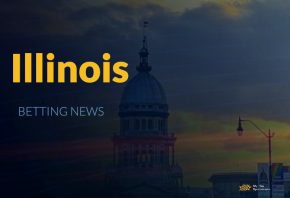 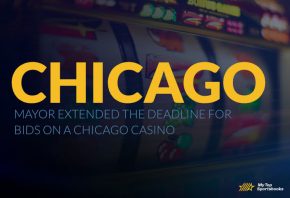 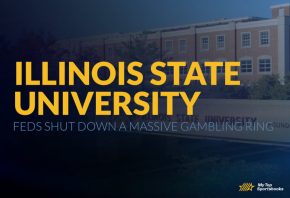