Who says you can’t get lucky when going to Las Vegas and that the house always wins? Tell that to the owners of Circa Las Vegas and Treasure Island Las Vegas. In a wild turn of events, two Las Vegas Casinos lost $1 million each on jackpot bets. Oh and this happened in the same weekend over in Sin City. Who in the world saw this coming?

While Las Vegas sports betting had been setting record numbers in terms of revenues at their casinos, these two different losses totaling more than $2 million sure is fun to see for all of the other visitors who make their way to the casinos. It’s not common for someone to hit a casino and win $1 million on a slots bet. With that said, it happened twice in the span of the same weekend.

This fact alone should motivate even more people to lay wagers whenever they head to Sin City. As you might have been able to guess, the winner on Sunday was a visitor from out of town. Indeed, the Sunday winner was a woman named Nikki, who made her way over to Las Vegas for a vacation from Southern California. This is quite common, as folks often make their way from California to Las Vegas.

With it being such a short drive, people heading over to Las Vegas is always going to be fun, especially with California sports betting not moving forward until probably 2023. For this woman named Nikki, her slots bet brought her in $1,075,234.28 to be exact. Can you imagine putting in a simple slots bet like this and then taking home such a massive amount of money home with you? It has people buzzing in Vegas.

To make this even more exciting for this woman named Nikki, the Circa Resort and CEO celebrated the $1 million winner in style. Indeed, as soon as Nikki hit big from her slots bet, the CEO Derek Stevens made it his personal mission to head down to the casino room and let her know that he was fired up for her big-time victory. As you can see in the video above, Stevens had a big smile on his face.

As did Nikki and the rest of her party, as this truly was a life-changing event for her. It’s not every day that out of nowhere you get this kind of money added into your life. No one goes to Las Vegas and expects to then return home with more than $1 million in their name. If anything, folks go to Vegas and their main hope is that they want to either break even or not lose a bunch of money.

Again, what really makes this outstanding too is that Nikki wasn’t the only person to win $1 million in just a short few seconds while over in Vegas. Per local reports, the second victory came two days earlier, with the person winning $1,089,850. That’s another massive amount of money. Unlike Nikki’s win, the person who won nearly $1.1 million decided to stay anonymous and didn’t want her name revealed.

It’s unknown as to why the person decided not to have her name public for people to congratulate her, but the fact of the matter is that she did hit it big on this occasion. If anything this is only going to have people more and more excited to hit the slot machines in the near future. If two different people can strike gold like this, that only means that more good luck could be on the way for others as well.

While it’s never fun for the strip to take defeats like this, these two losses don’t take away from massive Vegas revenues in recent months. Matter of fact Las Vegas has been putting up historic figures in terms of the money they’ve been able to bring in. With more and more people making their way to Las Vegas during the summer and fall months, more and more bets have been made.

Especially in the fall, people were checking out the different NFL Super Bowl odds and getting in their wagers in person at the different Las Vegas sportsbooks. This is only going to continue in the coming weeks and months, especially with the NFL and NBA seasons really heating up. With the NHL also getting more and more fans excited during its campaign, it’s only adding to the amount of money that’s being bet.

With all of that said, keep in mind that Sin City just took things to a new level this past quarter, as the Las Vegas strip set a gambling revenue record for quarter three. Believe it or not, Vegas recorded wins of more than $2 billion for quarter three. That number is not made up folks. This just goes to show how much money has been exchanged.

Things are only going to stay high and mighty for Las Vegas. That’s why a $2 million loss for them on these occasions isn’t going to bring things done and the CEOs celebrated. Now, more people will try and record the same kind of luck. 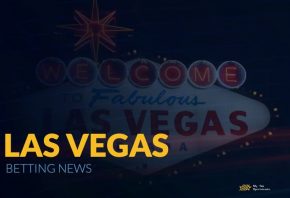 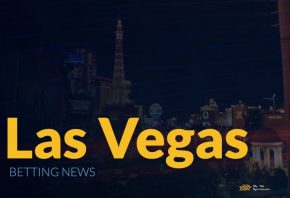 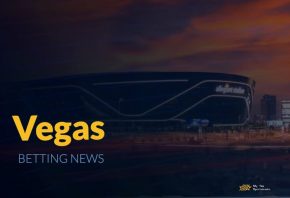 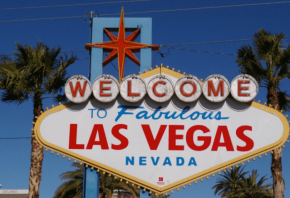