Austin FC is currently enjoying its first season in Major League Soccer and they’re already making a bit of history for the state of Texas. That’s because they’re partnered with a gambling company ahead of the Lone Star State potentially making sports betting legal? You bet. Indeed, Austin FC and PointsBet have joined for a historic new agreement.

The news of the two sides teaming up broke last week, with the MLS side really changing the game here. Remember, sports betting is not yet legal in Texas. However, PointsBet really has gotten its foot in the door and set itself up for a tremendous amount of success now that they have things in place with Austin FC for the future.

“Austin FC has excited global soccer fans and is setting a new standard for what it means to deliver for their supporters and community by putting a laser-focus on experience,” PointsBet CEO Johnny Aitken said. “That’s exactly what we’re doing in the sports betting industry. We look forward to a future when our groundbreaking technology will be in the hands of Austin FC’s passionate and tech savvy fanbase.”

This deal was of course a no-brainer for PointsBet. All signs are pointing to Texas making sports betting legal down the road. Once this becomes official, PointsBet will be able to operate at the Austin FC stadium. With thousands and thousands of fans making their way to games, they’ll then have the chance to play wagers too. It would only add to the experience for people who make their way to the stadium.

Welcome to the family, @PointsBetUSA!

PointsBet making this move could change sports betting in Texas

It goes without saying, but PointsBet making this move could change sports betting in Texas as we know it. Could other companies like this reach out to the Texas Rangers, Dallas Mavericks, San Antonio Spurs or other teams to try and follow the same kind of program that Austin FC and PointsBet have just developed? Who’s to say no? Working with pro teams and their stadiums would be a huge plus.

As part of PointsBet’s deal with Austin FC, they’ve been able to lock in several benefits. Among them of course is that PointsBet would serve as the team’s official gaming partner. We can’t tell you how big that is. PointsBet would take the lead for sports betting, fantasy, and free-to-play contests. According to Sportico, this move by PointsBet is setting them up for when Texas goes through with sports betting.

“Texas considered a bill earlier this year that would grant its professional sports teams licenses that they can pass along to partners via their stadiums,” Sportico reports. “Alongside the marketing deal, PointsBet signed a 10-year market access deal with Austin FC and Q2 Stadium that would give it exclusive access to the team’s license should the law allow, according to a filing with the Australian Securities Exchange.”

If and when Texas does allow its professional sports team licenses to work with gaming partners, PointsBet would already be a step ahead of the game because of this licensing deal with Austin FC. Owning the exclusive license with a Major League Soccer team before the law even goes into place is a huge victory for the company. Again, it could have others try and follow suit in the near future.

When will sports betting be legal in Texas?

With all of this said, we understand that you’re probably asking yourself when will sports betting be legal in Texas? That’s not a question that’s easy to answer. There was hope that legislation would have moved forward in 2021, but Texas missed the hard deadline to get things done. Because of this, 2023 is looking like a potential date for when people can start making sports bets legally. That can’t come soon enough.

There are countless advocates for the laws to be changed, including Dallas Cowboys owner Jerry Jones. Earlier this year, Jones came out and passionately said that he thinks sports betting should 100 percent be made legal for Texas citizens. Jones understands the financial impact that it would have on the state. Imagine Cowboys stadium operating with sportsbooks? Holy smokes would that be incredible for fans.

The fact of the matter is that people in Texas are betting on sports right now, but they’re just doing so illegally. If there’s a will, there’s a way, and folks are no doubt checking out odds for the NFL, NBA, MLB and more and still laying their money down. The fact that they have to go through hoops while more than half of the states in the USA have already legalized sports betting is a bit of a joke. How has it not passed?

Texas is a massive state. Along with California, so many out there can’t believe that a state of so many citizens like Texas is way late in the game here. What’s taking so long? There appears to be a light at the end of the tunnel, with some thrilling news potentially coming in 2023. Luckily for Austin FC and Points Bet, they’ll be ready in advance for the laws to be changed. Their agreement really is a massive one. 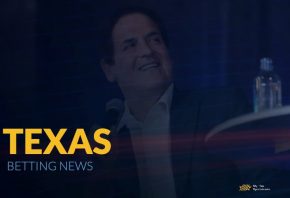 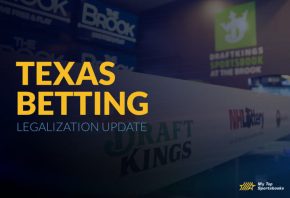 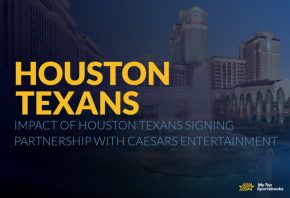 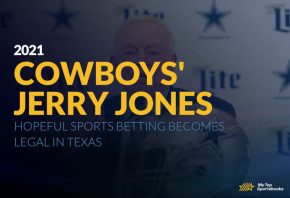