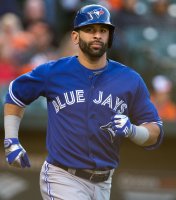 Just days after making two blockbuster trades at the non-waiver deadline, the Toronto Blue Jays (55-52, 33-21 home) have moved into a three-way tie for the second Wild Card spot in the AL. Tonight, Toronto will have a chance to move past the Minnesota Twins (54-51, 20-29 away) as the two playoff hopefuls square off at the Rogers Centre in the second of a huge four-game series (7:05 PM Eastern).

The Blue Jays not only bolstered their league-leading offense at the deadline – acquiring hard-hitting shortstop Troy Tulowitzki from the Rockies (who is also a defensive upgrade from Jose Reyes, who was shipped to Colorado in the deal) and speedy outfielder Ben Revere from the Phillies – but they got the legitimate ace their pitching rotation had been lacking, winning the David Price sweepstakes.

The moves have already paid dividends, with “Tulo” homering in his first game as a Jay and Price pitching an eight-inning gem in yesterday’s 5-1 win over the Twinkies. Price gave up a solo shot to Torii Hunter to spot Minnesota a 1-0 lead in the second inning, but then shut the door – retiring 15 straight batters to end his night. Josh Donaldson hit a two-run homer in the fifth to give the Jays a 3-1 lead that was never really threatened.

The win followed on the heels of taking three of four from the AL-leading Royals.

Despite the recent hot-streak, Toronto remains level with the Orioles for second in the AL East, 5.5 games back of the Yankees.

Minnesota, on the other hand, has now dropped two straight and seven of its last ten, losing their grip on the last playoff position in the American League and falling 8.5 back of KC in the race for the Central. The offense has fallen to sleep of late, scoring just six runs over the last four games.

Minnesota will look to righty Phil Hughes (10-6, 4.11 ERA) to get the team off the schneid. Hughes is trending up, going 5-0 in his last seven starts with a decent 3.40 ERA, though he did give up ten hits and five runs over just five innings in his last outing (a 9-5 win over the Mariners). Unfortunately for Hughes, the biggest of the big bats in the Blue Jay lineup have hit him hard, with Jose Bautista sporting a .333 average in 24 at-bats and Edwin Encarnacion connecting at a .368 clip in 38 at-bats.

Hughes counterpart will be eight-year vet Marco Estrada (8-,6 3.53 ERA). Like Hughes, Estrada has gotten stronger as the season has gone on, sporting a 2.66 ERA in his last eight starts. He was touched up for five runs on eight hits over four innings in Seattle last week, but rebounded with a decent three-hit, two-run effort against the Royals. He was lifted after just 5.2 innings, but still picked up the win.

None of the Twins batters have a significant history against Estrada, who pitched in the NL until this season, though Joe Mauer is a decent 3/9 with three RBIs.

With the pitching matchup looking pretty even and the line essentially even, the home Jays look like better value for tonight’s game.