One of the best values in sports betting is season over/unders. Whether you plunk down $25, $100 or $1000, your money is in play every day for months and you have a vested interest in all 162 games of a team’s season. But of course, it is nice to bet with some thought, and that’s where we come in.

Starting in 2004 and lasting for eight seasons, the Royals lost 90 games each year. In 2014, Kansas City won 89 games, and lost to the Giants in game seven of the World Series. The next year they won it all.

But in 2016 KC went 81-81, and expect that downward trend to continue. That’s because the club lost more in the off season then they added: The tragic death of Yordano Ventura hurts the starting rotation, and Wade Davis, Kendrys Morales, and Jarrod Dyson will all be missed. Brandon Moss, Jason Hammell, and Jorge Soler are nice pieces to add, but they don’t make an enormous impact. If things aren’t looking good come July, soon-to-be free agents Eric Hosmer, Alcides Escobar, Mike Moustakas and Lorenzo Cain could all be traded, which may lead to a lot of loses down the stretch.

The A’s are not going to make the playoffs this year, but there is reason to believe they could flirt with a .500 season. Here’s the thing, Oakland doesn’t appear to have a team built for the future aside from several good young arms, but their off season moves will win them enough games to better last year’s record.

The club spent $30 million in the off-season on solid big leaguers who are good enough to help but not great enough to contend. Santiago Casilla improves the bullpen, Rajai Davis and Matt Joyce ensure decent players patrol the outfield, and Trevor Plouffe is a stop gap at a corner infield spot. Though he may not be ready for opening day, ace Sonny Gray will return during the first month and should provide stability after a bad 2016. The A’s will be good enough to make you money, and not sharp enough to play meaningful late season games.

Not unlike the A’s, but perhaps with more vision, the Phillies are not going to win the World Series this year. However, in order to compete they brought in several veterans on one-year deals. The idea is that if these players are motivated to do well in a contract year, they can be traded at the deadline which buys a young squad some time. Clay Buchholz, Howie Kendrick, Michael Saunders, Joaquin Benoit, and Pat Neshek make Philadelphia better, and young starters like Jerad Eickhoff, Aaron Nola, and Vince Velasquez should show improvement. Philly won 71 games last year. This year somewhere around 75 seems reasonable. 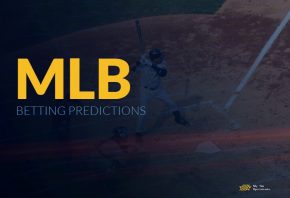