The perception is that the Pinstripes have effectively bought many of their championship rings. Without a salary cap, New York has been able to assemble its share of veritable all-star teams over the years, shelling out boatloads of cash to the best available free agents.

The dynamic has shifted somewhat in recent years. Advanced metrics have allowed smaller-market teams to compete with less cash, and other big-market teams are plenty willing to challenge New York on the FA market. But is it still possible to purchase a World Series?

Let’s take a look at recent history and decided whether the MLB should implement some restrictions on spending, and the odds it ever actually will.

I’m going to throw these at you like an Aroldis Chapman fastball, so get those hands ready.

NB: When I use the term “payroll,” it refers to 25-man rosters since total payroll can be a little misleading. Total payroll includes salary that has been retained through trades and retirements, so it doesn’t always accurately portray the caliber of player that teams have on their rosters.

I’m going to go out on a limb here and say the World Series is still being bought in the offseason. If you disagree, there is a very good chance you are a disgruntled Dodgers fan. Not to worry, though, your massive payroll will result in a World Series soon.

Every competitive league sees a few teams suffer through horrible seasons every year. But the gap between the top and the bottom of the MLB seems to be growing; seven teams failed to win 70 games last year, up from six in 2015. If you’d like to see teams like the Milwaukee Brewers and Miami Marlins, among others, be consistently competitive, then the answer is a salary cap (along with a cap floor).

Odds the MLB Implements a Salary Cap in the Next Ten Years: 7/1

The Players Association and big-market owners will fight this to the death, since it wouldn’t benefit either side. If a salary cap finds its way into baseball, the players would likely be forfeiting money, and the richest owners would have to share more revenue for it to be effective. When is the last time you heard of athletes and owners willing to give up money? 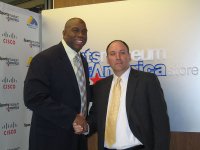 As much as it’s needed to create parity, the MLB just made a little over $9.6 billion during the 2016 season, the second-highest revenue of all professional sports leagues. The teams that don’t have the finances to compete with the Yankees and Dodgers can kick and scream all they want, but the Guggenheim Partners can’t hear them through the wads of cash they are swimming in.

So if you support a team with an inferior payroll, well … better luck next year.