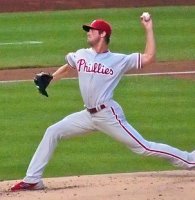 Fans overreact to every little move their teams make. This shouldn’t shock anybody since “fan” is short for “fanatic”.

tt also doesn’t really matter if a fan is overexcited, though; if he yells a little bit louder or pops off on talk radio, there isn’t a tangible impact. But for those who bet, overreacting to transactions can and will cause losses.

While it is true that a major injury or a big trade can change the complexion of a game or even a season, in most cases, the effect is less than it initially appears.

Baseball teams will be involved in trades, some big and others small, up until the non-waiver deadline on July 31. While guessing at who might make deals now and maximizing your future odds is not a terrible idea, don’t assume one or two additions will be the difference. Last year, Oakland acquired three All-Star pitchers – Jason Hammel, Jon Lester, and Jeff Samardzija – and the team got worse. Granted, that was an aberration given the talent they acquired, but the principle remains intact: moves that look good on paper won’t necessarily better your team.

Let’s take a look at who’s likely to be on the move this deadline.

Cole Hamels – If the Phillies trade their ace, they won’t be losing the player who’s finished top-ten in Cy Young voting four times. They’ll be losing a shell of that player: Hamels has a 3.91 ERA this year, his highest mark since 2009, and hasn’t won since May 23. Over his last two starts, the lefty has allowed 14 runs and 20 hits in just of six 6.1 innings. He would still improve most team’s rotations, but don’t expect him to work any miracles.

Johnny Cueto – The Reds hard-throwing right-hander has a 2.79 ERA in 2015, slightly up from his outstanding numbers over the past four years. However, his most recent starts are cause for concern. On Sunday, Cueto walked six batters in four innings against the Indians. In his prior outing (July 12 in Miami), he allowed five runs in five frames (though only thee were earned). On Tuesday, ESPN’s Jayson Stark tweeted that an anonymous executive from a team looking for pitching was concerned by Cueto’s recent downturn, though that could just be trade deadline posturing. All in all, Cueto is still having a good year and should provide a small boost to even a strong club.

David Price – The Tigers’ southpaw is enjoying one of the best years of his career. His ERA is a career-low 2.32 and, even though he took the loss on Saturday (his first since May), he only gave up one run through six innings and struck out a season-high 12 batters. Unlike Hamels and Cueto, Price seems to be getting stronger as the year goes on. In his last three starts, he’s gone 22 innings, giving up 19 hits and just two earned runs while fanning 27. Price may be the biggest impact player likely to move at the deadline.

Jeff Samardzija – The White Sox’ big right hander has a career ERA of 3.89. He pitched lights-out for the Cubs before the All Star Break in 2014 and was then moved to Oakland where he produced mixed results down the stretch. This year he has been average. With an ERA of 4.08, and 14 home runs allowed, he mixes brilliant performances with average ones. If he gets moved at the deadline, expect the same to continue.

Ben Zobrist – The longtime Ray is in his first, and perhaps last, season the the A’s. A free agent to be, Zobrist is valuable because he can play all around the diamond. But his numbers are down this year; after hitting .270 or better each of the last three seasons, he’s barely flirting with .260 in 2015. That said, he was batting a lowly .202 on June 13 and has been red hot since. He can hit for power, smacking 20 or more dingers three times in his career, and, on any team other than Oakland, he’ll also steal a few bases. He can fill a role on any team, but is not a star and won’t add many wins.

Carlos Gomez – Unlike most players on this list, Gomez is signed for a very reasonable $9 million next year. The Brewers outfielder has seen a steep decline in his WAR (Wins Above Replacement) numbers this year, in large part, because his home runs have declined and stolen bases virtually disappeared. He has not looked good at the plate since the All Star Break, and has really struggled against left handed pitching all season. That said, in 2013 and 2014, he combined for 47 homers and 74 steals.

If all he needs is a change of scenery, maybe this year’s data will make the cost of acquiring him less than other viable options. But the impact of a Gomez trade is hard to predict and bettors would be well-advised to take a wait-and-see approach.