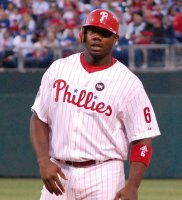 Worker productivity wanes on Friday afternoon. Before a holiday weekend, it’s even worse. Everybody likes a three-day weekend, and sometimes we get started a bit early on our time off, whether actually in the office or not.

This weekend, MLB teams play their final games before the All-Star Break. An extra variable can provide a betting opportunity. Teams that are in contention and playing well are likely to be more focused than squads who are playing out the string and who might be mentally on vacation before the break actually begins.

What teams should we be watching come this weekend?

No only are the Angels playing well, they are winning in a variety of ways. Los Angeles has surged into the AL West race with both solid pitching and hitting. This is particularly surprising with starter Jered Weaver sidelined thanks to a hip injury. Over the weekend, they outscored Texas 33-8 during a three-game sweep. Prior to that, they won four of five with each game decided by three runs or fewer. And over a ten-game period from June 24 to July 5, the team allowed more than three runs just once. The Angels conclude the first half with games against Seattle and Colorado, two teams that are well back in their respective divisions and may be looking forward to a break.

The Pirates, who have been particularly good at home, finish the first half at PNC Park against the Padres and Cardinals. Like the Angels, Pittsburgh is getting good pitching and hitting at the moment. The Bucs have won three straight series outscoring the Braves, Tigers, and Indians by a combined margin of 42-27. During that nine-game span, they scored five or more runs five times, and allowed three runs or fewer five times. While the Cardinals are likely to be dialed in for the final series of the first half, too, PNC will have a postseason-type atmosphere when the two best teams in the NL square off.

The Phillies have been awful all year; they are particularly rotten on the road (10-32), and the few decent pieces that they have, like Cole Hamels and Jonathan Papelbon, are just waiting to see where they’ll get dealt. No team in the bigs is thinking about a break as much as the Phillies, though one could argue they’ve been taking a siesta for the first 80 games of the season. Philly has dropped three straight series giving up five runs or more six times while scoring more than five just twice. They end the first half at NL West heavyweights Los Angeles and San Francisco. Look for the road woes to continue for the worst team in baseball.