The Atlanta Braves won the 2021 World Series with a 7-0 victory over the Houston Astros. Atlanta finished the series in Game 6 in Houston. The win was the first Major League Baseball title for the Braves since 1995.

The Dodgers, who won the 2020 World Series, were the +425 favorites to win the 2021 MLB title as well. The Los Angeles club beat the St. Louis Cardinals in the NL Wild Card game this year and then topped the San Francisco Giants 3-2 in the NLDS. However, the Braves bested the Dodgers in the NLCS, sending them packing in six games. Despite that loss, the Dodgers are once again the favorites to win the NL and the World Series.

The Astros were a longshot to make it to the World Series this year. The Houston club opened at +2500, which were the same odds as the Chicago Cubs. The Cubs finished the 2021 season out of the playoffs with a record of 71-91. Houston put together a 95-67 record. They defeated the Chicago White Sox 3-1 in the ALDS and then topped the Boston Red Sox 4-2 in the ALCS before falling to the Braves in the World Series.

Champions from all the angles! pic.twitter.com/ojc7kUGaFN

The Braves, despite winning the World Series, are listed as a +1100 favorite to repeat. These odds are only slightly better than the +1200 the club opened at for the 2021 MLB season.

The Yankees are also slotted to have a better chance to win the World Series than the Braves. New York, who were knocked out of the AL Wild Card by the Red Sox are listed at +950.

The Minnesota Twins opened last year at +1400 to win the World Series. The team finished the season in last place in the AL Central with a record of 73-89. The oddsmakers noticed the Twins rough year and dropped them to +7500 to win the 2022 World Series.

See below the top sportsbooks where you can bet on the World Series online and choose the best one for you: 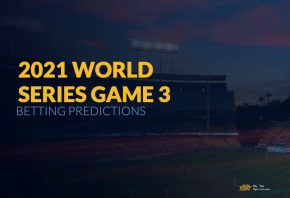