The Fall Classic is returning to Washington for the first time since 1933; that’s 86 long years for those of you running the numbers in your head.

Instantly erasing memories of first-round playoff exits in 2012, 2014, 2016 and 2017, the Nationals outscored St. Louis 20-6 in a decisive four-game sweep and now await the winner of the Astros/Yankees heavyweight clash.

With Game 4 of the American League Championship Series rained out on Tuesday, it’s the perfect time to review the World Series odds at BetOnline and examine the last three teams remaining in the hunt for October glory.

Everything is falling into place for the Nationals to join the 2014 San Francisco Giants as the only Wild-Card teams to win the World Series since Major League Baseball added two extra playoff spots eight years ago.

While Washington still has to face either the 107-win Astros or the 103-win Yankees, they already dumped the 106-win Dodgers in the NLDS and will enter the Fall Classic with their fantastic pitching rotation at full rest.

For the first time in franchise history, the @Nationals are NL Champions! pic.twitter.com/RsHDX8j6K8

That likely means Max Scherzer and Stephen Strasburg will start Games 1 and 2 on the road with Patrick Corbin and Anibal Sanchez in some order for Games 3 and 4 .

Dating back to the final week of the regular season, Washington has won 16 of its past 18 games and look ready to claim the city’s first baseball championship since 1924 when the Senators defeated the Giants.

If New York had survived the epic four-hour-and-49 minute game, they would have returned home with a 2-0 series lead. Instead, the Yankees now trail 2-1 in the series after Gerrit Cole allowed only four hits in seven innings in Tuesday’s 4-1 win.

Wednesday’s rain delay is also bad news for the Bronx Bombers. In Game 4, both the Yankees and Astros had planned to go with a bullpen game (the one area on these two clubs where New York holds a clear advantage), but now Zack Greinke will be able to start Thursday on regular rest.

Another way to celebrate the dominant pitching of @GerritCole45:

He’s one of only 3 pitchers in history to have a season – with Pedro Martínez and Randy Johnson – where he racked up 250+ Ks & an ERA under 2.00 over a 25-start stretch (including postseason).

Justin Verlander will also likely bump up to Game 5 on Friday with another heaping helping of Gerrit Cole on Saturday.

With slugger Giancarlo Stanton potentially lost for the series, the ALCS has quickly turned into a worst-case scenario for the Yankees, who have dropped to +450 to win the title after opening the series at +250.

Aaron Boone’s club will certainly earn their pinstripes if they can pull themselves out of a 2-1 hole and make their first World Series appearance in a decade. But, right now the stars are aligning for a star-studded pitching duel between the Astros and Nationals. 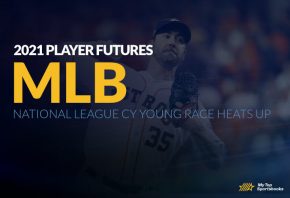 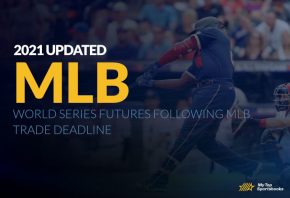