With the MotoGP betting season inching closer and closer to its finale, betting opportunities are becoming more sparse for bettors of the motorsport. The upcoming Aragon Grand Prix presents one of the best available chances to make money remaining. With that in mind, we’ve whipped up our best MotoGP Aragon betting predictions to help you do just that.

The latest British Grand Prix just wrapped up hours ago. Due to the recency, online sportsbooks have yet to release betting lines on who will win the Aragon event. When that changes — which should be early this week — expect a familiar face to be favored. Of course, we’re talking about Fabio Quartararo (more on him shortly).

“I’m not really focused on the championship.”

Those are the words of Quartararo following his convincing win at the British Grand Prix this past weekend. He finished two seconds ahead of runner-up Alex Rins to win his fifth race of the year. With the outing, Quartararo now has a 65-point lead in the rider standings. 65 points!

If it feels like the championship is a wrap, well, it sort of is. Look, anything can happen in a sport like MotoGP, but it would take a complete meltdown or an injury for Quartararo to give up that sizable lead. This predicament begs the question, will Quartararo’s strategy moving forward be affected by his huge advantage? Perhaps we see a more conservative Quartararo from here on out?

We’ll have answers to that question at the next Aragon Grand Prix. The event — held in Central Spain — has been an annual fixture in the MotoGP season since 2010. One more win or podium finish from Quartararo here almost guarantees a world title in his future.

Before dishing out our free Aragon betting advice, here’s a stat that may be worth paying attention to. A Spaniard has won the “home” race every single year since 2012. Those nine straight victories have been racked up by Dani Pedrosa (one win), Marc Marquez (five), Jorge Lorenzo (two), and Rins (won it in 2020). All but Lorenzo remain in the competition field for 2021. Hmm.

Yes, we’re wagering that the Spaniard dominance continues at Aragon. And Rins represents the best chance at keeping that streak alive. More than anything else, momentum is on Rins’ side.

As we pointed out, he won this very event a year ago (for reference, Quartararo finished 18th that year). He also just finished runner-up to Quartararo at the British GP, which was actually his first podium placement of the year. With momentum and the home track, Rins is a low-risk, high-reward bet since his betting line should be pretty steep once it’s out. We’ll take that any day of the week and twice on Sundays.

Remember we mentioned before that Quartararo placed 18th at this event a year ago? Well, he did, but there’s a caveat. It was due to tire pressure issues. Cause of it, Quartaro posted the worst finish of his career at Aragon and lost the rider championship lead in the process — a lead he wouldn’t regain.

You have to think that fiasco is fresh in Quartararo’s mind, who is only 22 years old and isn’t as experienced as his competitors. That’s why we don’t think he’ll “take his gas off the pedal” in the final six races of the season. Quartararo is familiar with losing a championship lead and you have to think he doesn’t want a bad case of deja vu.

No rider is even in Quartararo’s stratosphere this year. The only other driver to win more than one race in 2021 is Jack Miller with two. That dominance makes Quartararo a virtual “must bet” every time out until he clinches the riders championship — which could be very soon.

How To Watch MotoGP In The US

Unless the pandemic cancels another race (which is certainly possible), only six races remain in the MotoGP season. So that’s six betting opportunities until next season rolls around. If you want to soak up the remaining action, then we have broadcast details. Here’s what you need to know about watching MotoGP on television:

How To Bet MotoGP The Rest Of The Season

As we’ve alluded to all article long, time is ticking on the MotoGP season and for bettors to make money off it. If you want to take advantage of the final stretch of the year, then visit one of the betting sites listed underneath. These bookmakers have a bevy of MotoGP lines for you to bet on every single race.

These sites are also offering sign-up bonuses worth hundreds to thousands of dollars in free play. Yep, you read that correctly, free money that you can spend on MotoGP bets or another sport of your choosing (including the NFL). The table below has full details on what bonuses are available. Hit the “play now” button to get your free money! 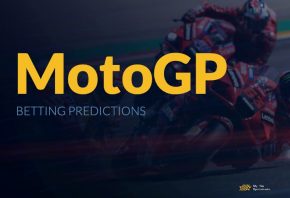 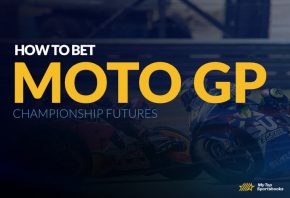 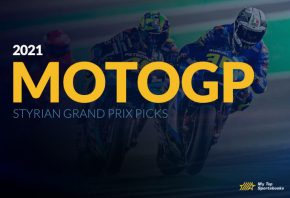 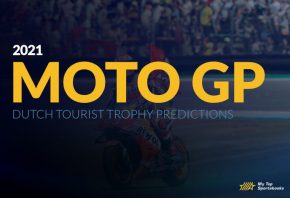