The most important and prestigious race on the NASCAR calendar also happens to be the first – the Daytona 500 opens the 2021 NASCAR Cup Series on Sunday, Feb. 14, with a limited-capacity crowd expected at Daytona International Speedway.

After winning the race three times in the past five years, Denny Hamlin is the rightful favorite, but more than 40 other drivers will attempt to steal his crown. Let’s check the latest odds for one of most famous auto races on planet earth.

Denny Hamlin (+600) is looking to become the first driver to ever win three consecutive Daytona 500s. Already in exclusive company with three Daytona 500 checkered flags in 2016, 2019 and 2020, Hamlin could pass Jeff Gordon, Dale Jarrett and Bobby Allison in the record books with a fourth win on Sunday. That would tie him with Cale Yarborough, but Richard Petty still laps the field with seven Daytona 500 victories.

Chase Elliott (+900) is the defending Cup Series champion after winning three of the last five races to end the 2020 season. The Hendrick Motorsports driver has also had success at Daytona, with a second-place finish in the Coke Zero Sugar 400 and a win in the road-course race.

With back-to-back wins in 2019 and 2020, @DennyHamlin is looking to become the first driver to win the DAYTONA 500 three straight times. pic.twitter.com/VTAIeEQ9RZ

Despite suffering some bad luck last season, Ryan Blaney (+1000) tied his career-best with 11 top-five finishes last year. Led by veteran crew chief Todd Gordon, many believe the 27-year-old is poised for a breakout season. His Team Penske teammate Joey Logano (+1100) is also hoping to make his Daytona 500 victory lap, but keep in mind that only one Ford in the last five years has secured a win at racing’s premier event

With six career checkered flags at drafting superspeedways, Brad Keselowski (+1100) should challenge for his first Daytona 500 victory if he can stay out of trouble; he’s crashed in six of his past eight Daytona starts. William Byron (+1400) is also a solid bet considering he won the 2020 regular-season finale (Coke Zero Sugar 400) on the Daytona oval to clinch himself a playoff berth.

But enough about the possible contenders… an aerodynamic draft tends to create one big pack at Daytona International Speedway, leading to unpredictable results. So why not bet on a few longshots?

A juicy +5000 at BetOnline, Ryan Newman was in position to win the Daytona 500 a year ago before his scary crash with Blaney. Anyone else smell a made-for-Hollywood redemption story?

Two recent winners, Kurt Busch (+2200) in 2017 and Austin Dillon (+3300) in 2018, also offer nice value considering they’re the only two drivers to win the race other than Hamlin over the past five years. 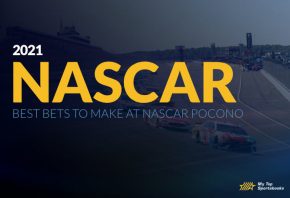 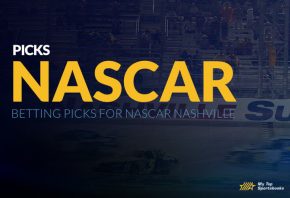 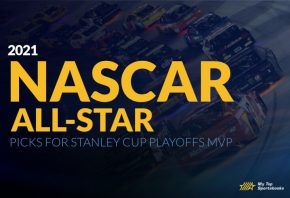