The NASCAR playoffs got off to a roaring start last weekend with Denny Hamlin securing the checkered flag — and an automatic bid to the Round of 8, just as we previously predicted. We’re confident we can hand-pick the winner once again, hence why we’re giving you the best bets to win NASCAR Richmond.

But first, let’s take a gander at the current betting lines. Per the online bookies, here are the drivers most favored to win to upcoming Federated Auto Parts 400 in Richmond:

Richmond is the second-to-last race of the Round of 16. By the end of this stage, four drivers will be eliminated from the Cup Series chase. At the moment, the drivers on the outside looking in are Alex Bowman, Kyle Busch, William Bryon, and Michael McDowell — but plenty of laps remain ahead for the standings to be re-shuffled.

This will be NASCAR betting’s second go-round at the Richmond Raceway. Back in April, this track held the Toyota’s Owner 400. Speaking of Bowman, he actually won the regular-season race five months ago. Hamlin and Joey Logano finished second and third, respectively, that day.

As for the track itself, it’s a .75-mile oval. With 14-degree turns, eight degrees on the front stretch, and two degrees on the backstretch, Richmond Raceway is a short track — one of three in the entire NASCAR circuit.

If you’ve read our betting advice before, you know that we never bet just one driver to win — and that goes for any motorsport. No, we always bet at least two drivers and usually advise three separate bets. The long odds afforded to race winner bets make this strategy doable and profitable, so long as you’re right on one. We’re following that script with our NASCAR Richmond betting advice. Here are the drivers we’re backing to win:

Earlier we mentioned Busch was hanging by a thread in the NASCAR playoff picture. That’s true, which should be all the motivation he needs to come up big in Richmond. But that’s not the main reason we’re riding with the 36-year-old driver.

Busch earns a bet from us because he’s the most accomplished driver at this raceway among all active competitors. By a mile, too. Busch has taken first place at Richmond on six different occasions (2009, 2010, 2011, 2012, and twice in 2018). That’s double the wins of the next two-best active drivers (Hamlin and Kevin Harvick at three victories apiece).

In fact, Busch is something of a short-track specialist. At NASCAR’s other tracks under a mile long, Busch has another ten wins (eight at Bristol, and two at Martinsville). Here again, Busch leads the way amongst all drivers currently active. We’re riding Busch’s momentum — both at Richmond and short tracks in general — to the bank.

In betting, it’s not always about just trying to pick winners. No, many times, it’s about finding value, and Bowman at +1800 is pure value. Like we said before, he won here in Richmond back in April, and that alone should warrant a price much more modest than +1800 — which is the 11th best in the whole field.

Admittedly, Bowman has struggled as of late (only one top-5 finish in the past five races), but he’s more than worth a prayer bet. We’re not putting as much money down on him as we are on Busch, but at +1800 odds, you don’t need a large sum to make a killer profit off a Bowman upset.

NBC is the only place to watch the NASCAR postseason live on TV if you’re inside the United States. The network will air the remaining nine races of the year either on its main NBC channel or the smaller NBC Sports Network. For the Richmond race, the latter network will air it in real-time. Here are the full viewing details:

After Richmond, the final Round of 16 race is also on Saturday (September 18) and goes down in Bristol. The bottom-four drivers in the Cup Series standings will be eliminated after the results of Bristol.

How To Bet NASCAR Richmond

You know who we’re betting on to win Richmond. The question is, are you tailing or fading our free betting advice? No matter what your answer is, you can lock in a wager at one of the betting sites listed below. These bookmakers are your go-to places for betting anything and everything NASCAR playoffs from now until the finale in Phoenix.

If getting bettor-friendly prices on NASCAR wasn’t good enough, these same sportsbooks are also offering can’t-beat promotions to new bettors. It’s called a sign-up bonus and depending on which you choose, they could be worth as much as $2,500 in free play — no strings attached either!

Available bonuses are listed in the table underneath. Pick the one that suits you best and hit the corresponding “play now” button to earn your free play. Money earned can be wagered right back on the NASCAR playoffs, whether it’s this Richmond event or another of your choosing! 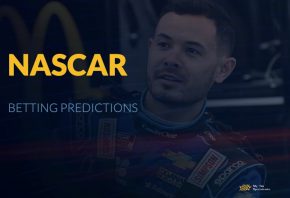 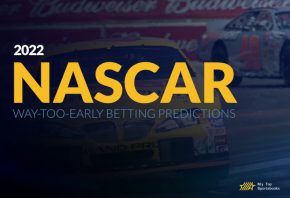 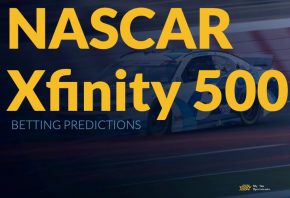 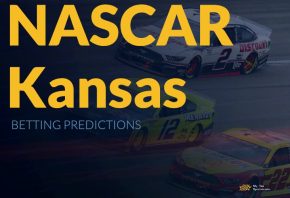